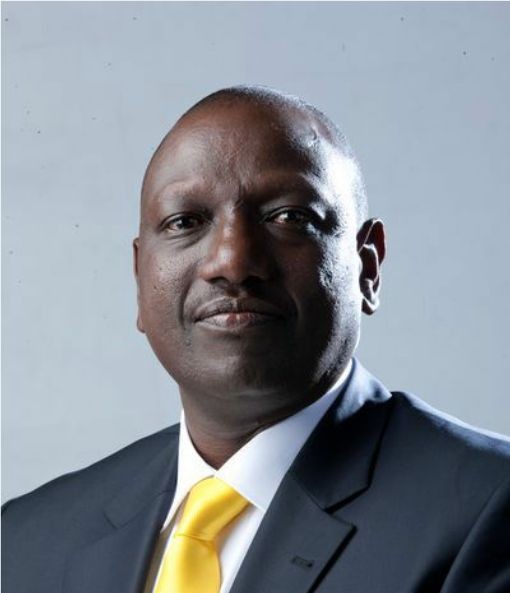 Someone may wonder why I break my reserved writing silence to scribe epistles about Kenyaâ€™s second in command leader, William Kipchirchir Samoei Ruto! It is because of his hurting audacity before and after last elections that culminated to his â€˜ascendancyâ€™ to helm.

Carried by excitement of becoming the tenth principal assistant of President of Kenya, Ruto retorted: â€œWe do not know who will be president of Kenya but we know who will not be!â€ He was sarcastically referring to the contest between President Uhuru Muigai Kenyatta and Raila Amolo Odinga. He became Deputy President of Uhuru in the controversial election. That is the highest he will ever attain in the history of Kenya.

In Rutoâ€™s shell of hopes, he believes fate gives the Kalenjins power through back door, that is; demise of a Kikuyu leader. He once told local elders to remember how former President Daniel Toroitich arap Moi rose to power without really fighting for it; â€˜he only needed to submit to Kenyattaâ€™. Majority of the elders still believe there is hope in those words.

The youth and Rutoâ€™s age mates do not really treasure waiting for uncertain fate. They prefer reading tides of times. They prefer pushing for a space of comfort, â€˜if that serves to secure any discretionâ€™. They are a worried lot.

When cases at ICC began and witnesses took stand in the box, spirits churned within Ruto’s local supporters. They could not hide it and the uproar rent the air among local folks. â€˜Where is unity when you still seek to nail Ruto?!â€™ This ire emanated from witnesses perceived to be members of Uhuruâ€™s community. It forced classified talks between the two leaders. Even though ICC was projected loudest, leading to withdrawal of a number of witnesses, the noise was initiated by several issues that will remain as they are. They include:-

Division of the Agriculture docket, under Felix Koskei, into four; all placed under Office of the President. Ruto had â€˜successfullyâ€™ negotiated control of the â€˜prominentâ€™ docket before he could back up Uhuru in the elections.

Separation of Treasury from Finance docket under Henry Rotich. Even though Ruto sought to control it, it has since been placed under Office of the President rendering the docket a shell of emptiness.

Several other appointments to parastatal heads all done when Ruto is sitting in the dock in Netherlands.

Today, Ruto will literally send words with a messenger to the State House if he wants serviette for his table because he â€˜sharesâ€™ office with the President where financial decisions are made.

One can call it fantasy. Another can blame it on the Constitution that denies the Deputy President portfolio and puts him at the mercies of the President. Yet one can blame it on Ruto who began it all on a prodigal note; hiring a 100-million shillings jet and several helicopters on worthless tours. The President must be bold on trying to control â€˜executive spendingâ€™.

Enthusiasm of the URP supporters, mainly derived from Rutoâ€™s Kalenjin community, must be the shortest to have lived under the sun of this nation. There are no clear rays of hopes of ever succeeding Uhuru after his ten years term. That song is, however, sung repeatedly by the President on home grounds. Ruto struggles to back it up without changing the taste. He defends his suspicious relationship with Uhuru always. The locals are not thrilled. They are their own selves without a neighbour to turn to. They moved far away without much care. Now, they must abide or dance alone on the floor. That is the bad news of misplaced hopes!

After analyzing political developments in Kenya I have realized that if anyone lost in the last elections it is not Raila Odinga, the leader of Cord, but the Deputy President. While Raila gathered sizeable support of Kenyans round about him, Ruto simply gathered people of his community. That means while the Cord leader can today easily blend with other Kenyans, Ruto either rides on his position or fake faces.

Internally, he is a doubtful and confused person; even his illusion during swearing-in when he sounded dreaming that Kenyans are â€˜awesome peopleâ€™ who would turn to embrace him is turning to haunt him. It may cost him more than a political time to reverse the train. Before he can win support of one man outside his community, most of his followers may not want him in front of them.

And as I write this epistle today, it is cautious that Ruto does not wage wars with Uhuru. If he does, he will silhouette into oblivion as the President goes from stronger to strongest. The President is a very careful tactician with ability to lead him into his own frying pan. He is studious and shrewd. He knows he is in a competition. He knows what he stands for. He knows what he wants; and that may not be handing over power to Ruto â€œafter ten yearâ€.

Ruto should, therefore, ask himself, when Uhuru assembles Kambas, Luhyas, Luos alongside his supporters, to whom will he turn?! What will he do?!

The Deputy President has a duty to tame the ire burning within ranks and files of his tribesmen. He should make them understand that power is not going home soon after Uhuruâ€™s exit from power. We do not want to see violence in Kenya again.