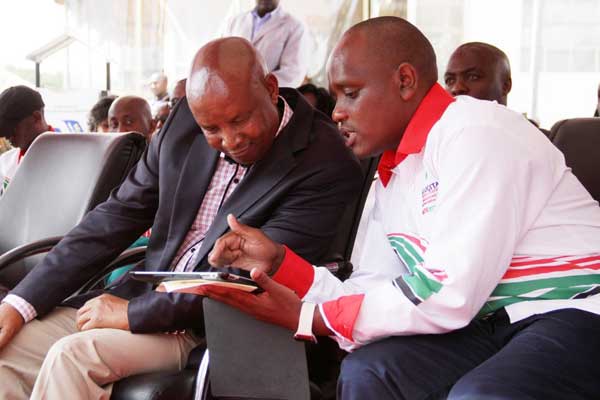 The statement by directors of PSCU confirms that Uhuru’s communication team dont respect the public service code of conduct, as public officers paid by the public coffers they should not conduct themselves in a partisan manner as if they are the politicians.

A senior commissioner with the Public Service Commission has hinted that the commission will probe the president’s communication team for alleged misconduct. The commissioner who requested anonymity said the PSCU directors violated the code of conduct of civil servants by answering the matter directly to Orengo. Their work is to draft statements for their bosses, nothing more. They have a right to express their opinion but they should do so as private citizens.

The public civil servants regulations does not allow publice servants of a lower cadre like the undersigned to engage the public, they can however do so upon obtaining permission from head of civil servant Joseph Kinyua.

There statement could have been in order had it been signed by their boss Mr Manoa Esipisu, added the commissioner who requested anonymity.

President Uhuru and DP Ruto clearly do not need any enemies to deal with.

Here below is the statement by civil servants working in Statehouse.

James Orengo’s statement today has confirmed his role in the Lamu land grabbing.

That is why he has not addressed the theft of land that he presided over at the lands ministry.

He has resorted to dropping names of the President and the Deputy President without giving an iota of proof.

He keeps trumpeting the Ndung’u report which he didn’t even talk about during his five-year tenure at the lands docket.

We remind Orengo of his parliamentary answer on Thursday December 8, 2011 in response to Dr Bonni Khwalale: “The Ndungu report is just a small component of how to deal with the land sector.” we rest at that.

On the TJRC report, Orengo should not think Kenyans have forgotten his remarks in a workshop in Nairobi on November 16,2010: “even though TJRC chair Bethwell Kiplagat has resigned, Kenyans have no faith in the commission’s processes and outcomes. It should be disbanded.”

Orengo as a lawyer is aware the document is still in Parliament. The fact is, unlike Orengo and his ilk, the Government promised to provide an answer to the land question and it is doing exactly that.

The Siaya Senator should prepare to write a statement on what he knows not just about the Lamu land grabbing, but everything else.

Finally, Orengo has proven that he is a bogus reformer, fake liberator and counterfeit leader willing to “hold and protect a list of 1,000 alleged land grabbers” in an effort to blackmail the Government.

We dare him to do his worst.