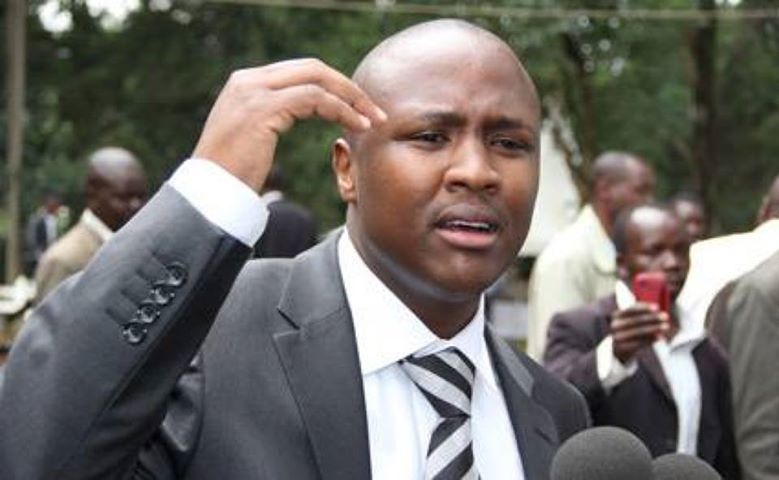 He said the President failed to explain the alleged biased appointments in government as demanded by URP.

And after he openly criticised the President and Deputy President William Ruto at the first rally in Eldoret town on Monday, Mr Keter was asked to stay away from the front row at Kapkatet Stadium, the venue of the Presidentâ€™s second meeting.

â€œThey asked me to stay away from the front seats. They did not want me to speak again. So I decided to sit deep inside dais,â€ the MP said.

Addressing the Press in Nairobi, the first-time legislator who has been fronting a lone ranger rebellion against the Presidentâ€™s handling of URP, said answers expected from the Mr Kenyatta on some of the issues raised were not forthcoming.

â€œOur people are getting worried because in the third tier presidential appointments made so far he only picked individuals whose support for his party is obvious, so we are asking when will he start appointing our professionals to these positions?â€ Mr Keter posed.

He cited the appointments of Mr Joseph Kinyua as the Chief of Staff and Head of Public Service, Mr John Mututho as Nacada chairman, Mr Joseph Kaguthi as chairman of the Committee on Nyumba Kumi, Mr Lee Kinyanjui as Kenya Road Safety Authority chairman and Mr Njee Muturi as Solicitor General as some of the appointments URP members were unhappy about.

Nandi and Kipsigis leaders who met the President at the Eldoret State Lodge on Monday and Litein DCâ€™s office on Tuesday asked him to consider the region for top government appointments.