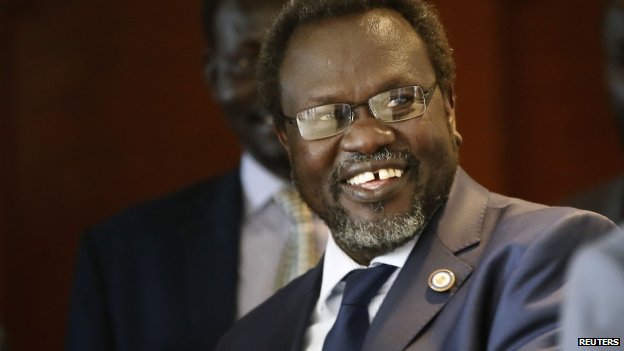 AUSTRALIA – I have received an enormous number of complains by South Sudanese people living in Nakuru, Naivasha, Eldoret and Nairobi who thought that they have been specifically targeted by Kenyan police for looking so different and becoming a threat to Kenya’s internal security since “they have no documents to live in Kenya indefinitely”. This prompts me to write this article since about 25 of them are already forced out of their residencies by Kenya Police to Kakuma refugee camp in Turkana district, out of their will for the “sake of keeping Kenya safe”.

South Sudanese didn’t start seeking asylum in Kenya after the bombing of a US embassy by al qaeda in 1998. South Sudanese have been living in Kenya since 1980s after the second civil war in their country. Around that period, majority of the South Sudanese who sought refuge in Kenya were families of high profile rebel officials who through the help of H.E Daniel Arap Moi’s government called Kenya home. The number of South Sudanese residents in Kenya subsequently increased after the opening of the Kakuma refugee camp in 1990s. Not only were these refugees vulnerable, they didn’t have any means to cross to the Kenyan highlands and cause havoc like al shabaab to make the lives of ordinary Kenyans miserable. They infact contributed a significant amount of money to the Kenya’s annual growth and development. With most of them living in rental properties which also provided direct income to home owners whom might have been dependent on other Kenyans to rent their properties, South Sudanese were also for the most part charged higher and that didn’t stop them from renting more properties since then.

South Sudanese families too contribute enormous amount of money to Kenyan schools their kids go to. A lot of South Sudanese kids in Nakuru, Eldoret and elsewhere go to private schools that are heftily paid. Not only are their tuition charges bringing changes to the respective schools, the fees also contribute immensely to the Kenya’s economy and annual growth.

Not until the recent unfortunate al shabaab bombings that the Kenyan police and the government see South Sudanese as bad additions to Kenya’s multicultural society. Although no South Sudanese has ever been implicated of carrying a hideous terrorist act, the South Sudanese are getting the hardest part of terrorism crackdown in Nairobi, Nakuru and other places. 25 South Sudanese are already sent to the crowded Kakuma refugee camp. South Sudanese are being targeted in urban areas in case they don’t have proper documents to be in Kenya. This is understandable because the government of Kenya don’t want to be seen as targeting just Somalis who breed al shabaabs but this is above all an injustice, its just a one side fit all strategy to appease the Somali-Kenyans whom are also threatened of their existence in Kenya as Kenyan citizens.

South Sudanese are not a threat to Kenyans and their properties because they share a common identity and culture. South Sudanese will never wish to see a failed Kenya because her people stood with the South Sudanese throughout their 21 years of struggle. The crackdown on South Sudanese who have legitimate right to live in Kenya, and who are not in anyway a threat to Kenya and its sovereignty needs to be stopped. The one-size fit all policy of the Jubilee government in respect to curbing down terrorism activities need to cease because it will only increase animosity between South Sudanese who have nothing to do with terrorism or al shabaab and Kenyans. Just as the Kenyans are allowed to roam around, rent and sale in Juba and elsewhere in South Sudan, the government of Kenya needs to find a different strategy to deal with the South Sudanese residents in Kenya, instead of seeing them as terrorists whom must be sent to refugee camps or charged for crimes they didn’t commit.

is a South Sudanese academic living in Perth, Australia. You can reach him on 07dotcom@gmail.com or twitter @ChemicalThanker