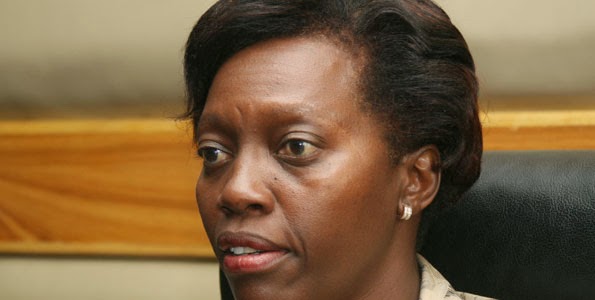 Not many remember this very important day, I taken the trouble of searching this YouTube video just to show how politics works but then somehow I lost it when the memory of Martha Karua sweating in the floor of house hit me.

It was in 2008 towards end of February, at the height of Post Election Violence on a tense evening, members of parliament-elect gathered in the august house to be sworn in, confusion ensured on who was president of the Kenya. It was a battle of wit and eloquence pitting Ababu Namwamba and James Orengo on one side and Martha Karua teaming up with the heavy Meru accented Kiraitu Murungi on the other side.

..and BOOM, there emerged this young man who put Ms Karua to some corner where she indeed belonged. Hon. Kiraitu could not say a thing as he was left confused, Ruto back then was not fond of crying, the late Michuki was not a debater but a comedian of sorts and the late Saitoti was just doing his algebra. All Ms Karua did was just to sweat and sweating she indeed did, am not sure of how wet her bottom may have been BUT her face grew dark and watery, that was the moment Ababu Namwamba made an indelible mark in the memories of the ODM masses. Propaganda can only erase a delible mark. That was indelible!
Click play to watch Martha go wet:

As Hon Ababu seeks to be ODM’s Secretary General, many of the ODM members trace his politics from this event 6 years ago, ignore the CORD Effect road shows, just this one event!