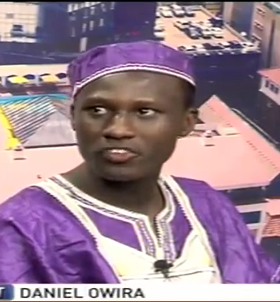 Daniel Owira, the last of six children took part in his first ever stage performance ‘Otonglo Time!’ A narrative so well done, he even got to present it to the President, and well threw it in there that the President should tweet him. This is in total contrast to the life he actually leads… one of struggling. Raised by a single mother, barely scrapping by with the little she earns to meet the family’s needs, especially her son’s school fees. NTV’s Beryl Wambani spent the day with him and filed this report that eventually got the president to act by a warding Owira a full scholarship!