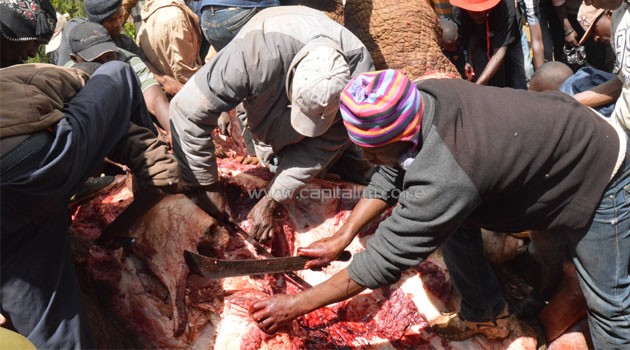 Residents yesterday walked as far as four kilometres to get the meat of an elephant that had died in Kiriita village, Nyandarua county.

The animal had strayed from Marmanet Forest into farms.

Its cause of death, however, has not been established.

KWS rangers tried to discourage the people from taking the meat.

â€œYou cannot stop us from taking the meat at this moment when many others have already arrived home with their pieces of meat,â€ said an elderly man.

The rangers took away the elephant’s tusks.