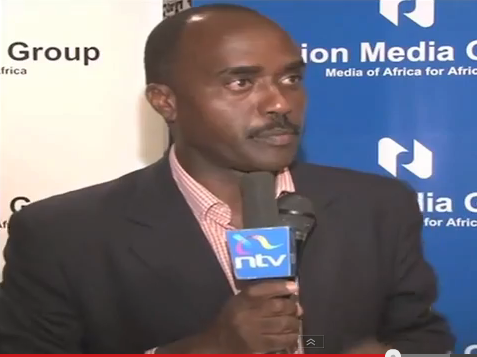 Ugandaâ€™s opposition-leaning Daily Monitor newspaper has submitted itself to pre-press censorship and government control, in a major coup by the president who is keen to have his son succeed him, sources say.

The authorities reopened the private daily after signing a pact with the government not to report on President Museveniâ€™s family, supposedly including credible reports that the 69-year-old is grooming his son, Brig Kainerugaba Muhoozi to succeed him.

â€The heart of Daily Monitor journalism is gone,â€ a source who attended a meeting that allowed the newspaper to resume said.

Police shut down The Daily Monitor and the tabloid Red Pepper newspapers on 20 May after they reported on Museveniâ€™s succession plans. Journalists were blocked from publishing while the authorities conducted a search for a confidential leaked letter by a senior military official they had quoted.

The Daily Monitor came under the government crackdown after it printed the memo by General David Sejusa aka Tinyefuza, alleging that there was a plan to kill senior official opposed to Museveni plan.

â€˜They undertook to be sensitive to and not publish or air stories that can generate tensions, ethnic hatred, cause insecurity or disturb law and order,â€ Interior Minister Hilary Onek said, referring to the agreement the newspaper signed.

â€They undertook to tighten their internal editorial and gate keeping processes, to ensure that stories that impact especially on national security are subjected to the most rigorous scrutiny and verification process before they run,â€ Onek added in a statement.

â€They undertook that the Monitor newspaper will only publish or air stories which are properly sourced, verified and factual. They acknowledged that there had been violations of their editorial policy by their reporters and editors in Uganda,â€ he said.

Observers had all along warned that the police blockade would lead to great self-censorship in the future. This appears to have happened.

What Monitor signed is an agreement not to publish news touching on the presidentâ€™s family. In theory, when they want to, they will have to submit copies of their stories to the government for approval.

NMG CEO Linus Gitahi attended a number of meetings which culminated in the censorship deal.

Two radio stations in the Monitor offices will were also closed will be allowed to resume operation, but Red Pepper remains closed.