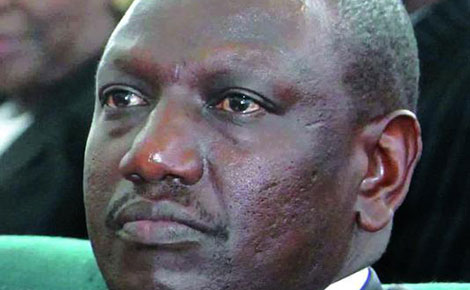 Fresh differences within the United Republican Party have erupted at the Nandi county assembly.

The MCAs have been divided into two, those supporting Governor Cleophas Lagat in the Pesa Mashinani drive and those against it.

Influential URP leaders allegedly held a Kamkunji on Saturday during which 14 nominated MCAs urged them to reward loyal members by ensuring they retain their positions.

Committee positions regarded as influential were shared among Pesa Mashinani supporters while MCAs against the drive were given lesser posts.

Tinderet ward representative Kipkirui Chepkwony was stripped of his post as the Health Committee chairman.

He was replaced with Nobert Maiyo of Kebulonik/Sangâ€™alo ward.

Education Committee chair Julius Menjo was replaced with Daniel Maiyo while Simon Bor was retained as the chairman of the Sports, Gender and Youth Affairs Committee.

Chepkwony is now chairing the less influential Broadcasting and Media Relations Committee and Menjo the Library and Archives Committee.

Nicholas Maiyo of Kanu is the chairman of the Tourism Committee.

UDFâ€™s Jackson Swadi, the county chaplain, was appointed chairman of the Public Investment and Accounts Committee.

John Tildai is the Budget Committee chair while Julius Kiptindinyo will chair the Infrastructure Committee.