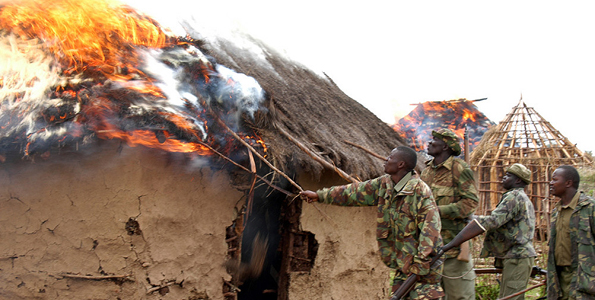 The station was airing a report on Mau evictions dubbed “Inside Mau Forest” when the screen went dark after which normal broadcasting resumed without an explanation or apology from the anchor.

The report was compiled by the station’s seasoned reporter Enock Sikolia and the screen stayed dark for 30 seconds, a fairly long time in broadcasting, while adverts were heardin the background.

It was not clear whether the mishap was brought about by a technical hitch or there was more than meets the eye.
Reporter Enock Sikolia whose report was suspiciously abandoned mid-way during a Citizen TV live bulleting.

Several viewers, including leaders, noticed the mishap and wondered on social media whether it was an innocent mistake by a rookie at the station.

“Why has Citizen TV discontinued abruptly the feature on Mau? Is it a case of the truth being too painful to handle? Media is beginning to get to the bottom of the trust land issue and they need to be supported not undermined.

Others, however, praised the reporter’s investigations into the story which they said painted an accurate picture of the evictees.

“Inside Mau Forest is an insightful cover of what is really going on in Mau and the history of land acquisition. The stories portray a glaring lack of civic education in the land sector regarding; public land, community land and settlement schemes. Sad,” shared one user on Twitter.

It is estimated that 60,000 families have infiltrated the Mau Forest Complex and were given a 60-day ultimatum to vacate by the government.