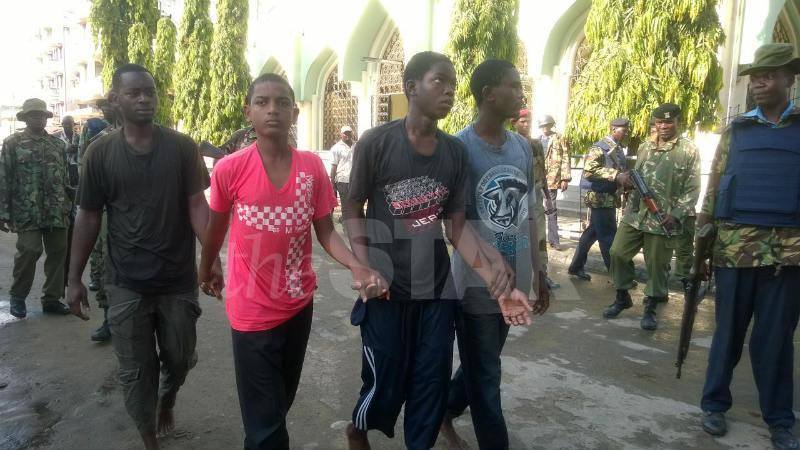 By Calvin Onsarigo for Star

At least four people have been killed by suspected radical youth in Mtopanga, Kisauni in Mombasa.

One person said to be a pastor died on the spot after he was stabbed in the neck by one member of the rowdy youth on Monday night.

Sources at the scene said three other bodies were removed by police from the scene and more than 20 youth arrested. Police has not confirmed the number of those killed on Monday night attacks.

Police suspect that the incident may have been a revenge attack for the killing of a youth at Masgid Shuhadaa during a raid on two Mosques in Kisauni on Sunday night .

Several people were injured. Residents claim the youth who were armed with crude weapons, attacked motorist and pedestrians after Monday prayers at around 8.30 pm. Kisauni police boss Richard Ngatia said they have managed to disperse the youth

He said several people have been arrested in Kisauni district and the security operation is still going on.

A team of GSU officers, regular, AP and prison officers have been deployed to Kisauni and Majengo area to avert any possible retaliatory attacks by the radical youth.

The two mosques, Masjid Shuhadaa and Sakina are under tight security following the recovery of 8 grenades a pistol, crude-weapon and jihad literature during the raid that was launched on sunday night.

A total 251 youth were arrested during the Sunday night operation.