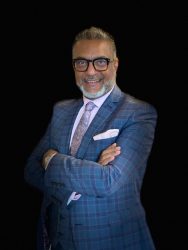 Kenya Commercial Bank has threatened a Mombasa based hotelier of dire consequences should he attempt to enter the English Point Marina that he owns.

KCB through its lawyer George Oraro, has cautioned English Point Marina director Nazir Jinnah that he faces jail or any other unspecified consequences.

This is after Nazir disputed a court order that KCB used to forcefully take over his hotel last month over a Sh5.2 billion debt dispute.

However, KCB through Oraro insisted that the Court of Appeal had vacated the orders issued by high court Judge Dorah Chepkwony while cautioning Nazir against entering the hotel premises.

“Take notice that any attempts by Nazir Jinnah to gain illegal and unauthorised access to the hotel premises either by himself or thought his servants, agents, employees or any other individual acting under his instructions shall be appropriately addressed as and when such need arises but at all times within the convinces of the law,” Oraro’s letter dated 31st October 2022 reads in part.

In an earlier letter dated 7th October, Oraro warned Nazir who is a lawyer, that he risks going to jail or facing any other unspecified consequence for allegedly disobeying the Court of Appeal.

“Take notice that any disobedience on non observance of the Court of Appeal order dated October 4th and delivered on October 7th 2022, will result in penal consequences’ to you and any other person(s) by you, an application will be made for Contempt of Court, seeking therein your dentition and any other punishment for you.”

The hotel through its lawyers accuse KCB of misinterpreting court orders that were issued to take over the hotel under receivership and now wants the appellate court to intervene.

“Unless the Application annexed hereto is heard as a matter of urgency and the Respondents cited for Contempt of Court, the intent of the Honourable Court of Appeal towards furthering the ends of justice by its orders in Civil Application No E261 of 2022- KCB Bank Kenya Limited & Another v Pearl Beach Hotels Limited will be deliberately and maliciously diminished by the Respondents,” the hotel says in an application dated 11th October, 2022.

Justice Chepkwony had suspended KCB’s move to appoint Kamal Bhatt as the receiver manager and administrator over a Sh5.2 billion debt claim pending the hearing and determination of a suit filed by Marina’s parent company, Pearl Beach Hotels Ltd.

English Point Marina that is owned by Alnoor Kanji, Nazir Jinnah and two others consists of 96 apartments, eight penthouses and a 26-room hotel and is one of the few private projects granted the Vision 2030 Private Sector Flagship status.

KCB Bank Kenya Limited and Pearl Beach Hotels Limited several financial agreements dating back from 2011 for the purposes of funding the construction and development of a luxurious lifestyle experience property to be developed.

According to court documents, the property went under construction as agreed however, had been disrupted on 3 separate occasions under suspicion of frauds without any substantial claims.

The development was subsequently frustrated by KCB and therefore suffered losses from potential sales as planned to enable repayment of the construction loans.

KCB according to Nazir, deliberately maintained a hidden account on our loan accounts, escrow accounts holding proceeds of sales and all bank accounts which were not availed to the borrower till late 2022.

“KCB debited all escrow accounts holding over Ksh. 2. 4 billion without the express authority of the borrower or developer (Pearl Beach Hotels Limited) and rendered the developer with unpaid principal amounts to date. The sales proceeds of 42 sold units have not been visible from escrow deposit accounts.”

A Bank statements now availed by KCB show that a total sum of Sh68 billion has been transacted or laundered by KCB through the borrowers account without its knowledge.

On the 7th of October 2022 Justice Dorah Chepkwony issued ex – parte orders reinstating the existing statusquo as at the date immediately prior to the appointment of the Receiver by KCB Bank Kenya Limited.

And now, English Point Marina has returned to the Court of Appeal seeking clarity over its orders that KCB used to take over the facility through a Receiver.

“It’s Imperative that this honourable court clarifies its order of the 4th October 2022 which on proper interpretation the meaning now remains uncertain. The court has jurisdiction to clarify an ambiguity in its ruling,” the application by English Point Mariina through the law firm of Conrad Law Advocates reads.

In an application dated 5th November 2022, English point says although the court of appeal suspended proceedings at the high court, the various orders issued by Justice Dorah Chepkwony still stand.

“The orders of the Court of Appeal did not stay any additional orders and directions of the High Court that were delivered by the Honourable Lady Justice Dorah Chepkwony on 7th June 2022, which are still in force pending the determination of the Application dated 6th June 2022 by the present Applicant.

Thoughts its director Jinah Nazir, English Point claims KCB and the Receiver have unlawfully and illegally continued to disobey the said court orders, while continuously exposing him to untold and irreparable harm.

“Bearing in mind that the English Point Marina is a major development and significantly large hospitality establishment and business in the Coastal region, the Applicant continues to incur irreparable harm and financial loss and reputation from the actions of the Respondents herein.”