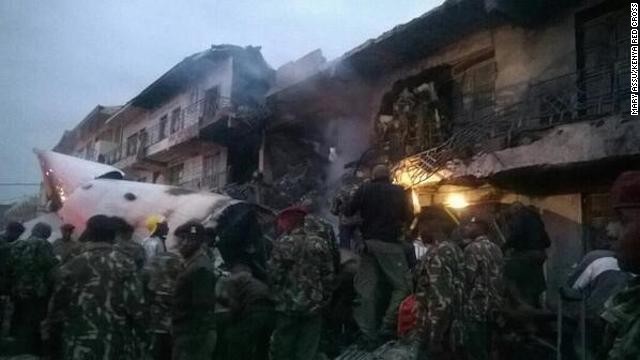 This morning, a Fokker-cargo plane crashed shortly after takeoff into a commercial building in Nairobi.Â Because the crash occurred early in the morning, there was no one inside the building.Â

The four crew membersÂ of the plane of Skyward International perished.

On the ground at least two people were injured. There are probablyÂ more victims to be found at the crash site.