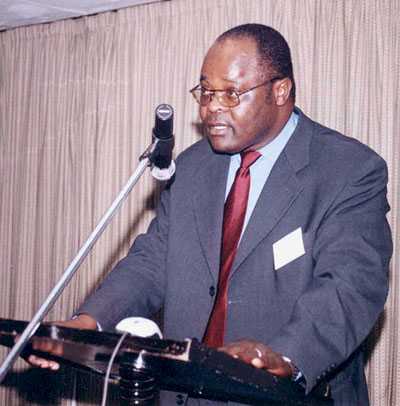 The Permanent Secretary in the Ministry of East Africa Community David Nalo is dead.

The PS died Thursday morning (2 am) at Nairobi Hospital after battling with cancer of Lymphoma, he had been admitted at the ICU for over a week.

Lymphoma is a cancer of the lymphocytes, a type of cell that forms part of the immune system. Lymphoma is present as a solid tumor of lymphoid cells. Treatment might involve chemotherapy and in some cases radiotherapy and/or bone marrow transplantation, and can be curable depending on the histology, type, and stage of the disease

Lymphoma is the most common form of hematological malignancy, or “blood cancer”, in the developed world

In terms of career development, Mr.Â Nalo had solid background in Economics, having attained his Master of Arts (MA) degree in Economics from the Concordia University in Quebec in Canada.

Before his appointment as a PS, Nalo had held the position of Director of Statistics at the Central of Bureau & Statistics (CBS) since NovemberÂ 2000. Prior to this, he acted as theÂ Director ofÂ  Planning and coordinated functions in what was at the time, the Ministry of Finance & Planning.

But the PS is perhaps best identified with initiating major reforms that led to the production of the five-year strategic plan for development of the National Statistical System in Kenya.

As a champion of Change Management, Nalo was instrumental in co-ordinating the production of the first Poverty Map profile for Kenya, the Economic Recovery Strategy (ERS) and the National Investment Programme, for which he was awarded a Certificate of Appreciation.

He in addition pioneered the production of a variety of internal and sector planning policy documents. The PS had proven competence in macroeconomic analysis in fields such as fiscal policies, structural adjustment policies, public sector reform and economic management issues.

He had extensive experience in programme design, implementation strategies and Monitoring & Evaluation.