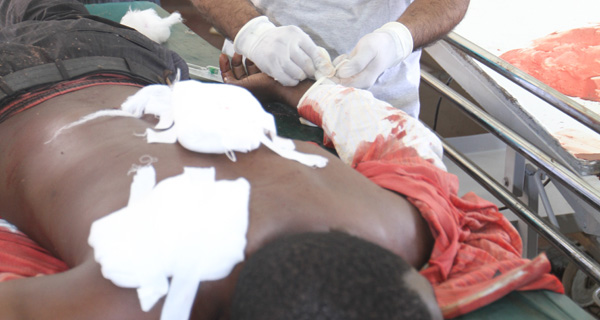 Four people are reported dead in the terrorist attack at a Church in Likoni, Mombasa as two more people succumbed to injuries while receiving treatment at the Coast General Hospital.

The Kenya Red Cross Society also confirmed that 17 casualties were still admitted at the same hospital where they were taken after the Sunday morning attack.

Police and witnesses said the gunmen had posed as other worshipers before opening fire randomly and later escaped on foot. Coast head of CID Henry Ondiek said police had arrived at the Joy Jesus Church where the attack happened.

The attack is said to have been masterminded by the local Al Shabaab terror gang. Police have commenced investigation.