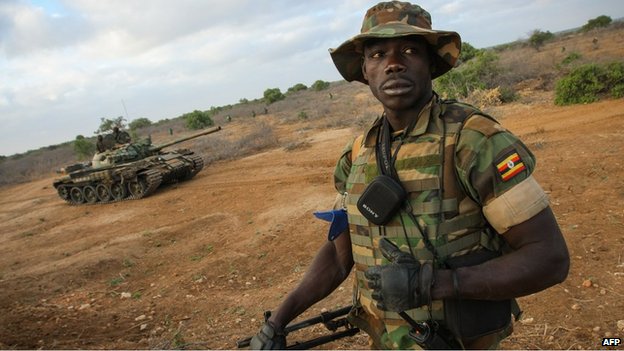 Dr. Riek Machar rebels fighting to overthrow the government of Salva Kiir in Juba have bombed three tanks of Ugandaâ€™s army UPDF and in the process killed over 250 soldiers at Bor and Malakal.

Ankunda says revealing the number of casualties, troop deployments and the number of UPDF soldiers so far killed could be suicidal if the information ends up in the hands of Riek Machar rebels. The Riek Machar rebels are about 90 kilometers to reach Juba. Ankunda confirms that the UPDF soldiers fell in an ambush laid by the rebels loyal to Riek Machar and many of them were killed.
â€œWe donâ€™t reveal casualties before we inform relatives. It can be devastating to learn about the death of their people through the media. At an appropriate time, government will be brought to account and reveal those numbers,â€ said Lt. Col. Ankunda.