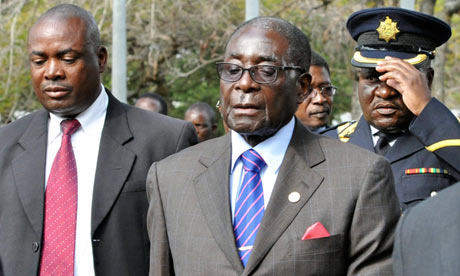 The current President Emmerson Mnangagwa made the announcement on Twitter on Friday morning.

Reports indicate that the 95-year old Mugabe died at a Singaporean hospital after a long illness.

According to the South African Broadcasting Corporation (SABC), President Mnangagwa told his Cabinet two weeks ago that doctors had discontinued treatment.

The last time Mugabe was spotted was when pictures of him with his wife Grace and son Robert Junior emerged on social media.

The pictures are believed to have been shared by the son while they were in Singapore where he frequently sought treatment for an unknown illness.