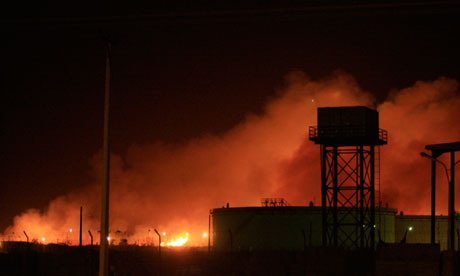 A section of Gikomba market is on fire, with witnesses saying the incidence began at around 4am today.

The cause of the early morning fire is yet to be established.

The fire began at line 42 and razed down clothing and shoes stores whose value is estimated to be in hundreds of thousands.

Emergency fire  teams were still trying to contain the raging fire as at 6am this morning.

No injuries have been reported so far in the incidence that comes just two months after traders lost property of unknown value to a similar incident.

Only last year, a similar fire incident at the popular market claimed 15 lives as property worth millions of shillings went up in flames.