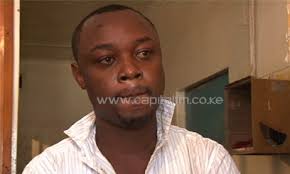 The man accused of having a love affair with former Minister Raphael Tujuâ€˜s wife has been found dead in a house in Upper Hill area, Nairobi. The former GSU officer at the centre of the acrimonious divorce between Tuju and his estranged wife had earlier this year been arrested on allegations of trespassing in Tujuâ€™s property. Tony Ogunda was arrested on one night after Tuju called the police to his Upper Hill home to report he had found his wifeâ€™s lover at 9pm standing by a window in the compound.

The manâ€™s lifeless body was discovered in a house in Upper Hill this morning.