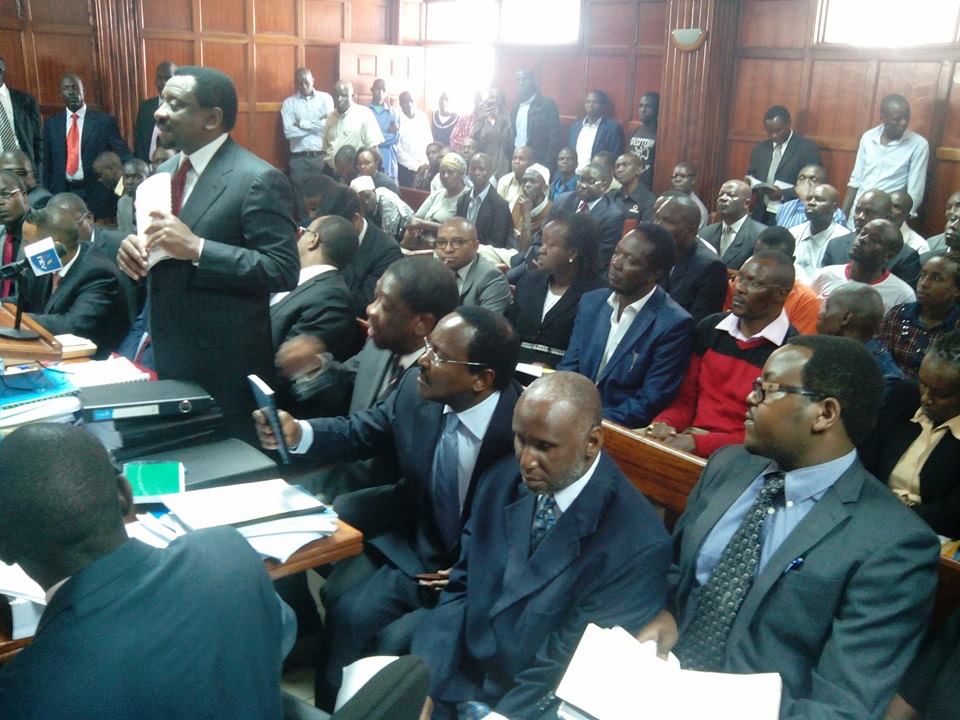 Justice Odunga REJECTS an attempt by jubilee to derail the case by requesting that the case be heard by a three bench judge. The hearing now continues

Below are the live texts:>>>

Orengo currently reading to the court a letter from Justin Muturi speaker National Assembly acknowledging that the security bill touched on counties yet it didn’t pass through senate. The letter is dated 18th December 2014

Dr. Khaminwa, “my lord we are here for legal issues not politics”.

These institutions have joined the cord case as interested parties: