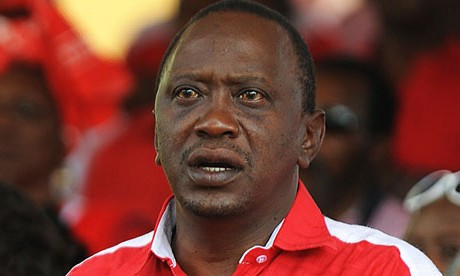 As Kenyans try to figure out who the straight shooting young man, with steel balls who calls things as he sees them, the state security agencies were busy gathering all information for possible action on the poor boy.

Statehouse operative may have thought only David Matsanga has monopoly over arrogance and partisan support, this young man Liutenant Wadi is a shocker to them and word doing rounds is that the self declared Liutenant will soon be arraigned in court just like Robert Alai.

Here are the few facts the many senior CID officers idling on Facebook pages and eavesdropping on the poor but not dangerous Kenyans like Liutenat Wade.

1. Lieutenant Wadi is a very poor Kenyan kid with relatives who live in Ugandan

3. He is a no-nonsense go-getter who believes in the philosophy ”the end justifies the means”

4. He was a B.A Political Science student at Moi University.

5. He lives in Kampala and sometimes in Nairobi and Arusha.

6. He is currently in Norway for a short study in governance and will fly to Arusha in the new year.

7. He has no relations with David Mastanga

8. He started disliking tribalism when Dr Geoffrey Griffins died and Starehe boys centre became a poor performer coz of fake teachers mostly from one tribe.

9. He was a protege of Dikembe and together with Macharia wa Njoki ensured the cord blogger won student elections in Moi University at second year !

10. He is an accredited fire fighter by Nairobi city council

What puzzles statehouse is that many Kenyans are camping on Lieutenant Wadi’s Facebook Timeline awaiting his next post. Some Cord folks seem to enjoy it because he says things they all want to say but are afraid to say or post on social media, while Jubilee folks are camping there to wait for news of his arrest! What everybody agrees is that the guy is not so naive to be posting from Uganda or Kenya! If he is in Jonglei, the CID will never catch him for sure.

But many think the government will be very PETTY to chase around a kid expressing his opinion.