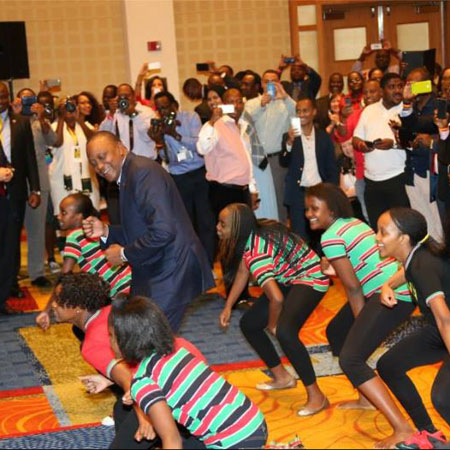 YOUTHS; STOP! THINK BEFORE YOU MAKE YOUR NEXT FOOTSTEP:

Meanwhile, Duale uses the Kenya army to sell charcoal to Alshabaab to enrich himself. To educate his kids who happen to be either studying in some prestigious schools abroad, or in good private schools of who is who. Meanwhile, Ruto keeps grabbing land left and right amassing property to enrich himself and his family and empower his kids who will in future subdue the Kenyan youths. Uhuru Kenyatta meanwhile keeps amassing land left and right in the name of willing buyer willing seller, the willing buyer being a corrupt thief and a willing seller being a poor peasant who sells his land for survival or to take his children to school who eventually become a burden and jobless. Meanwhile, Nyachae has schooled his kids in foreign schools, empowered them and are now subduing youths and their kids will subdue the Kenyan youths who will remain futureless and jobless. The list goes on and on.

They have robbed KENYANS left and right. They have eaten and vomited on our toes. Meanwhile, they have injected tribalism in our youth, tribalism of training them hatred toward their fellow commoners hustling like them. Little do they know the rich, the thieves, the corrupt who pretend to be enemies by the day, go partying in the cover of darkness and laugh at the foolishness of the youth.

They are dividing our national jobs amongst themselves, their friends and their cronies. That’s why even the police recruitment goes to who is who, with huge demands for bribes. That’s why the youth of a commoner, the voter, remains and lives under the mercy of the rich and the thief. The commoner remains only a voter, good for nothing other than voting and waiting to be vomited on, every 5 years as they change their wolf skins to sheep skins.

Today, the youth of the commoner, the voter, with nothing to show for the wasted opportunity, goes to social media, using all his earnings in joining Facebook and the social media to fight a war on behalf of his embezzler, using all his energy to defend him. HOW FOOLISH OF THE COMMONER YOUTH!

As you defend Jubilee, ask yourself………….. Before you turn on your hard earned china phone….think twice….. Before you use that bundle, the bundle you spend your all to acquire, through manual laboring, ask yourself if it is a worth fight. Ask yourself where you will be in future, and if your kids will find value in you when a time comes. Ask yourself when you shall fight for yourself instead of being used by a politician, your enslaver, to fight a war you understand little about.

ASK YOURSELF IF YOU ARE WORTH THE WAR AS A KENYAN YOUTH.