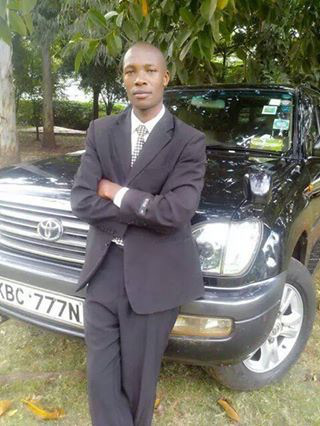 Trouble and distrust is brewing in between the regular and administration police units of Kenya Police Service. The latest wrangle is over the manner in which regular police officers shot and killed an administration police (AP) who was just from dropping an MP he escorted to the airport.

The officer was apparently shot after a barmaid spotted him carrying a Ceska pistol on his waist thinking that he was a robber. Policemen who were called to the scene immediately opened fire killing Corporal Joseph Obongâ€™o Makori and his cousin dead.

Now police officers have taken to social media to protest the killing with many commenters on the Modern Cops Kenya Facebook and Twitter handles voicing their concerns about the wanton killing by police officers.

Police who were called to the Dagoretti bar arrived and ordered all patrons to get out raising their hands.Â Corporal Makori apparently complied by raising his hands loudly shouting that he was a police officer whoÂ was from the airport after escorting Bomachoge MP Joel Onyancha. The MP was joining others at The Hague.

Police officers isolated him, searched him and after finding the pistol, they shot him dead without warning or resistance by the dead officer.Â Nairobi AP boss Francis Mburu confirmed the incident to Daily Nation adding that the slain officer and his companions â€œdid not resist or try to shoot at the other officers.â€

Currently there is palpable tension between theÂ Regular and AP officers in Dagoretti division with some AP officers saying that they will revenge if the killer officers are not arrested and prosecuted.

Dagoretti police boss who is from the Regular arm of KPS, Rashid Mohammed, claimed that the three slain individuals were gangsters and were shot trying to rob a bar patron. He further claimed that two other members of the gang fled on foot.