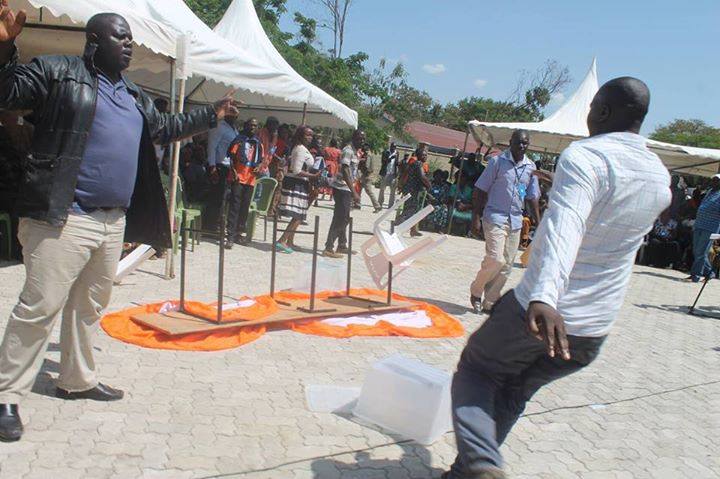 ODM HOMABAY ABORTED PRIMARIES PRESS RELEASE
The ODM regrets the unfortunate events which took place today in Homabay town leading to the cancellation of the nomination exercise which was underway to choose the party candidate for the vacant Homabay Senate seat.

We condemn what happened in the strongest terms possible and urge the police to investigate the matter and prosecute those responsible for the chaos.

In this regard, the National Elections Board (NEB) of the party has convened a meeting for tomorrow with all the aspirants who are gunning for the party ticket in the February 2nd 2015 by-election.

All the aspirants for the party ticket have been advised to come to Nairobi for a meeting with the National Elections Board Commissioners at the party headquarters where an appropriate announcement shall be made.

In the meantime, the ODM appeals to all its members and supporters to remain calm and assures them that the situation will be resolved amicably.