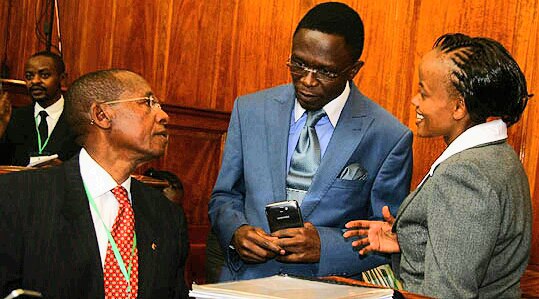 Respect for judicial decisions, whether you agree with them or not, is a cardinal connerstone in any society anchored on the rule of law as its central unifying public philosophy.

On December 13, 2000, Al Gore conceded to George W. Bush after a Supreme Court verdict decided the controversial Florida vote count in the landmark 2000 US presidential race. Gore strongly disagreed with the Courtâ€™s decision, but in his concession speech stated that, â€œfor the sake of our unity as a people and the strength of our democracy, I offer my concessionâ€. Yesterday, March 30, 2013, Raila Odinga walked this hallowed path. While expressing his reservations over the Supreme Court ruling, he statesmanly declared, â€œâ€¦although we may not agree with some of its findings, and in spite of anomalies we have pointed out, our belief in constitutionalism remains supremeâ€. He then duly congratulated Uhuru Kenyatta.

â€œHakuna refu lisilo na inchaâ€, so goes a Swahili saying. Let the Supreme Court verdict serve as closure for the March 4th electoral battle. Let us accord Raila Amolo Odinga his rightful place as a venerable father of Kenyaâ€™s libertarian struggle, which remains incomplete and will continue to draw on his invaluable contribution. Let us recognise the government of President-elect Uhuru Muigai Kenyatta and his deputy William Samoei Ruto.

I wish them well, and promise Kenyans that we shall stand diligent in the opposition ranks to provide a firm, fair and honest alternative voiceâ€¦in the best interest of our young constitutional democracy. God bless Kenya