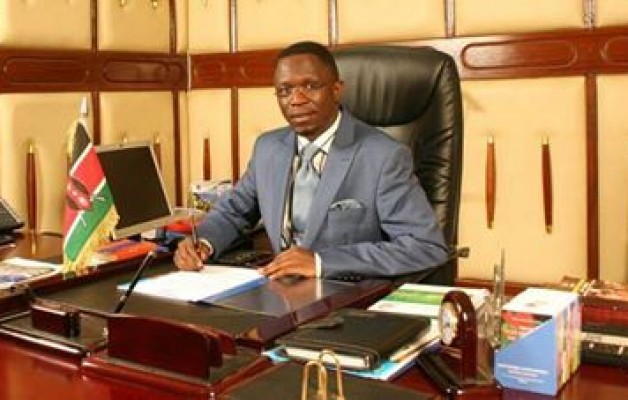 By Mwaura Samora
Plagiarism is theft, just like corruption and burglary, since it is the unauthorised use of someone elseâ€™s property, in this case words or ideas for self-advancement. While stealing from many is considered â€˜research,â€™ as American playwright Wilson Mizner once joked, stealing from one is plagiarism.

A glaring case of plagiarism that this writer recently stumbled upon is the one perpetrated by lawyer and Budalangâ€™i MP, Ababu Namwamba, who lifted almost an entire chapter in Robert Greeneâ€™s popular The 48 Laws of Power in a newspaper column titled Outfoxing your rival wiser than hurling shoes at him (September 14).

Namwambaâ€™s piece was a verbatim regurgitation of Greeneâ€™s 1998 book, without bothering to give credit or even rewrite the copied passages. Only a few lines were added to give the text a local touch, like the ending, â€œIt enabled foxy Selassie totally (sic) destroy his enemy, without firing a single bullet (and then Namwamba adds) or â€œwasting any precious shoes!â€

Our efforts to get his comments on this intellectual transgression was futile, as he did not respond to our calls, texts and enquiries on social media. But the vocal politician is not the only one to be found snooping through other peopleâ€™s intellectual property.

Radio personality Caroline Mutoko responded harshly to allegations that she had plagiarised the work of a blogger in an article she wrote in her weekly Mutoko on Monday column in The Star sometime in 2012. The article, Letter to My Twenty Something Self, was closely familiar to a post on The Crunk Feminist Collective blog entitled 20 Things I want to Say to My Twentysomething Self that was published on the site by rboylorn on October 17, 2011. Apart from the similar sounding headlines, Mutokoâ€™s story went on to outline a copycat 20-point master plan that a 20-something-old woman must adhere to.

The Starâ€™s then Public Editor, Karen Roythmyer, wrote an analytical piece comparing the two articles in question, to which Mutoko allegedly tersely responded:

â€œI will not apologise or respond to nonsense that tries to imply I may have borrowed something from the internet.â€ â€œI borrow from everything around me – cocktail parties I go to, baby showers, I borrow from drunkards, thieves, cab drivers and my housekeeper. I borrow from the lines of songs I listen to and Tweets I read, and even posts on Nicki Minajâ€™s Facebook wall. I am no copycat, I am the original and I am different, and thatâ€™s tough for some people to take,â€ she reportedly said.

The red flag was first raised by controversial blogger Robert Alai. Mutokoâ€™s editorsâ€™ at The Star â€œregrettedâ€ the incident, but defended her in equal measure. Plagiarism is a serious intellectual crime. Yet all it takes to avoid its criminal trap is to simply acknowledge the originator of an idea or body of work you are borrowing from. But unlike in Kenya, where gross infringement on intellectual property can go unpunished, culprits in other countries pay a high price for the offence.

Timeâ€™s editor-at-large and CNN host, Fareed Zakaria, was suspended for plagiarising a story from The New Yorker about gun control. Unlike Mutoko, who was accused of lifting an entire article, Zakaâ€™s case was limited to Jille Leporeâ€™s essay: Laws that banned the carrying of concealed weapons were passed in Kentucky and Louisiana in 1813… as the governor of Texas explained in 1813, the â€œmission of the concealed deadly weapon is murder. To check it is the duty of every self-respecting, law-abiding man.â€™

This copying was exposed by Newsbusters and Zakaria owned up to it. He confessed that, â€œMedia reporters have pointed out that paragraphs in my Time column this week bear close similarities to paragraphs in Jill Leporeâ€™s essay in the April 22 issue of The New Yorker. They are right. I made a terrible mistake. It is a serious lapse and one that is entirely my fault.

I apologise unreservedly to her, to my editors at Time, and to my readers.â€ For that, he was suspended from his Time and Washington Post monthly columns and his CNN show Fareed Zakaria GPS for â€œviolating our standards.â€ This was not the first time that Zakaria was coming under fire for alleged plagiarism. In 2009, The Atlantic columnist Jeffrey Goldberg accused Zakaria, a Yale and Harvard graduate, of lifting quotes from a story, in which the former had interviewed Israel Prime Minister, Benjamin Netanyahu.