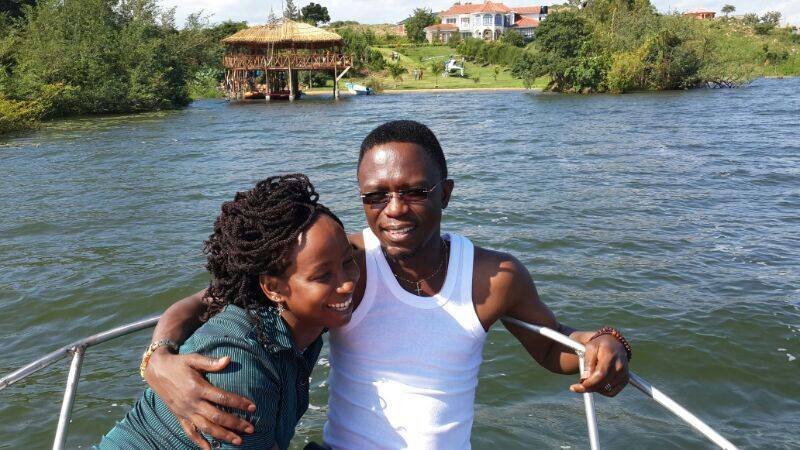 The Wife of Hon Ababu Namwamba (the beautiful Priscah Mwaro) got a rude shock when ODM online machine descended on her Facebook page telling her off after referring to Raila as ‘low’ for hiring Miguna Miguna as advisor.

Mrs Namwamba had taken to Facebook to defend Miguna Miguna’s piece that was published by the Star newspaper. Miguna’s piece was rubbished by Railaholics as usual calling Miguna all the not so nice names>> this is what angered Madam Priscah, Ababu’s wife.

Some Railaholics even went a little further by pulling up her Linkedin page/CV that they found to be too thin since it indicates that she started off her career as office administrator or secretary in Ababu’s law firm Chambers of Justice, currently she is listed as administrator/secretary at KenGen.

Here is what got the beautiful madam Namwamba-the good wife in trouble>>>
By Priscah Mwaro via Facebook
About Miguna, let me ask those who say Miguna is such ” a low”: is this the same fellow who was political advisor to Raila for three years? Raila must surely have such “low” sense of judgement to have hired such a “low”! And before we dismiss his writings out of hand, arent we the same people who celebrated his writings against Kibaki and PNU in defence of Raila and ODM? When exactly did his writings become “low”? Oh, I get it…when he turned his pen against the Ayatollah! And by the way, where does Miguna come from. Certainly not Budalangi or Khwisero. Last time I checked Miguna was the proud son of Ahero dala! Oh, how we avoid the obvious to suit our convenience!

By time of publishing- Mrs Namwamba had deactivated her Facebook page….click link below to follow the conversation if it re-activated.

One of the leading ODM bloggers had this say about madam Pricah;

HER NAME IS…….THE WIFE TO ABABU.

Ladies and gentlemen, after I got wind that some woman has abused Baba, I toiled on google scanning for the CV of the said woman who happens to be cohorting with Ababu Namwamba.

There were serious CVs of people with similar names. Google, the most intelligent guy on earth ikaniambia they only store serious cvs. So I moved to Linkedin. I found the statements below as her CV. Look at skills and experience. Word, excel, powerpoint…..and ujinga hizo zimebaki. These only appear in a class eight dropout mwenye anathani emesona sana. Then she quots UoN without stating the course she took. Go through it and as an employer say something on this gilted wife who has called Baba “low brain”. Eh! Litna. As for me, I award her my middle finger wakiwa na bwanake. Na si tafadhali. Ndio hii CV jamaneni!

May be because of her slim CV another Railaholic had a simple question ; Priscah who?