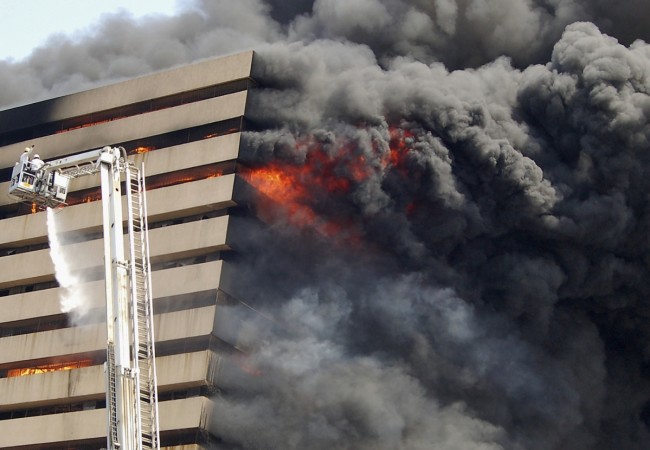 A fire has broke out at the 20th-century building in the Nairobi Central Business District (CBD) on Monday afternoon.

The immediate cause of the fire is yet to be established, however, firefighters responded swiftly and were able to contain the fire that had razed down several structures and establishments within the building.

No casualties have been reported by the time of publish, with witnesses stating that the fire brigade were swift in their response.

Value of damaged property is also yet to be established as authorities are still at the scene.

From the photos taken at the scene, the inferno mostly damaged the ground floor that housed several dry cleaners and forex bureaus.