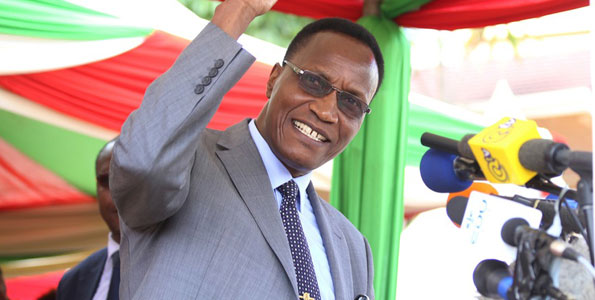 Education Cabinet Secretary Jacob Kaimenyi, while officially releasing the results on Monday morning, said the performance was relatively the same as last year.

The candidates can access the results as soon as they are released by sending their index numbers through SMS to 22252.

They can also download their results by logging onto the examination council’s website, www.knec.ac.ke, and keying in their index numbers.

Last month, the Education Ministry abolished the ranking of schools and candidates to reduce cut-throat competition and cheating in national examinations.

The new policy was aimed at ending unethical practices by teachers in the rush for top positions.

The Cabinet Secretary urged the media to respect the decision of the ministry, asking them not to do any ranking in a “kienyeji” way.

He said using mean score alone did not accurately reflect the performance of a school as there are were other factors that would have to be considered, including the facilities.