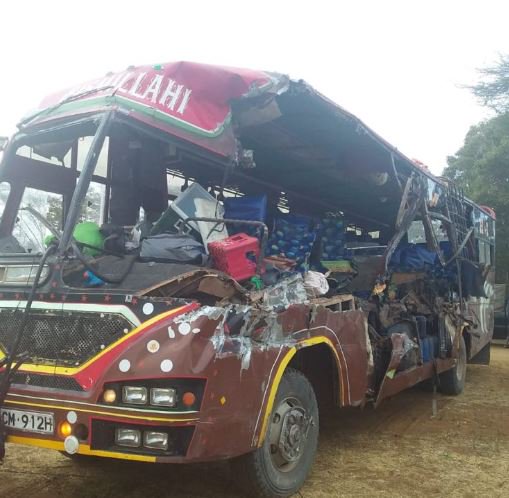 Fifteen people have perished in a grisly accident after a Madina Nairobi-bound bus from Mandera  rammed a stalled lorry in Matuu, Machakos county.

The stalled lorry crew had not put up lifesavers to warn other road users which has been blamed as a key cause of the 5AM accident.

Among those who perished on the spot  were ten men, two women and a child.

A video making rounds on social media shows the extensive damage to the 68-people capacity bus of registration KCM 912 H.