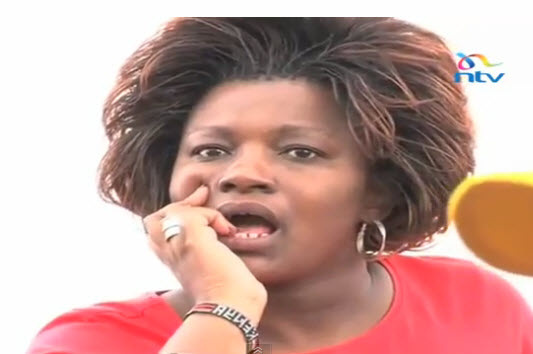 I first read this story of a young lady who suffered mental illness during her first delivery and had her baby snatched by the supposed father on The Star. It was a story which had many loose ends. Like the father of the kid and the young mother having lived for 10 years while the story quoted the age of the mother as just 21 years. SO I asked, they started living together as boyfriend and girlfriend when the lady was 11 years?

A friend later called me and told me the story without knowing that I have read it somewhere. The friend put names to it and I realised that it was the same story on The Star. So I decided to dig deeper. I talked to mutual friends of both Natasha Gachie and Teejay Ashivende. One thing which shocked me is that Teejay Ashivende was staying with Nairobi Women Rep, Hon Rachel Shebesh. Friends who talked to me said that Ashievende is also believed to be in a not-so-public romantic relationship with Hon Shebesh. I asked about the husband of Hon Shebesh and one thing which a friend of the two told me is, huyo ni fala.Â

Look, in the last two years, Shebesh has been rumoured to be going out with Hon Mike Sonko and a young man. She has been spotted in Kwale and Malindi with either of the two at different times. I later got to learn from friends who told me about the Natasha, Teejay and Shebesh story that the young man who Shebesh regularly sausage-fungas to the Coast is actually Teejay Ashivende.

Teejay stays with Shebesh and her family. He is a student and very much jobless. But Hon Shebesh apparently loves his game. And Hon Shebesh has a thing with him. So when the young man sired a baby with Natasha Gachie, Shebesh didnâ€™t want Natasha close and either taking Ashivende for good or visiting many times. So Shebesh is said to have helped Teejay Ashivende kidnap the baby from the mother after using the temporary insanity of the new mother as an excuse.

A friend reached over to Mike Sonko to ask for his opinion on this. What the friend got were threats and insults. Mike Sonko told the friend, â€œmsenge wachana na mamba za watu ama Â utakufaâ€œ.

Now the mother of the baby, Natasha, has taken Hon Rachel Shebesh to court. She wants her baby back and is accusing Shebesh of being complicit in the kidnap.

It is sad that this is heading this way but Shebesh need to return the baby to the mother ASAP.

This article was fist published at http://omundukhumundu.wordpress.com/2013/07/15/returnnatashasbaby-hon-rachel-shebesh-must-return-this-young-ladys-baby/