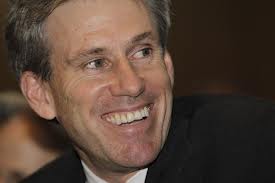 U.S. Ambassador J. Christopher Stevens (April 18, 1960Â â€“ September 11, 2012) died Tuesday in an assault on the American Consulate in Benghazi, the very city where he had arrived in the spring of 2011 to help build ties between the upstart rebellion and the rebels.

Stevens graduated from the University of California, Berkeley, in 1982, then took a pause in his studies to join the Peace CorpsÂ  in Morocco, he worked as an English teacher in a town in the High Atlas Mountains for two years, and quickly grew to love the Arab world.

Stevens returned to the United States, he attended the University of California’s Hastings College of Law, graduating in 1989 with J.D and went on to work as an international trade lawyer in Washington.

He joined the Foreign Service , the career diplomatic corps, in 1991. He served in the Middle East and North Africa, including postings to Israel, Egypt, Syria and Saudi Arabia, in addition to serving as the deputy chief of the U.S. mission to Libya from 2007 to 2009, during the rule of Moammar Gadhafi.

Meanwhile President Obama promised that justice will be done.