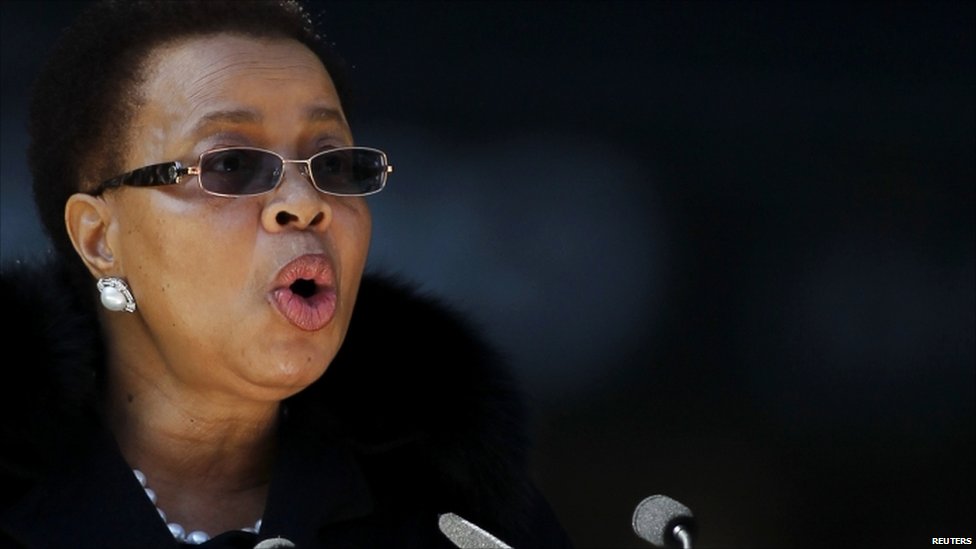 Apparently Mandela made it clear he doesn’t want Kenyan “illegitimate” president attending his funeral, thanks to his wife Graca sharing!

Details are scanty as to what informed the African Icon’s decision but too obvious that even a foolish madman can easily tell that the god of freedom could not stand an ICC indictee to grace his final journey.

The slow analysts are attributing Mandela’s wish not have Uhuru at his funeral to actions of senior Kenyatta’s land grabbing and disenfranchising of the Mau Mau freedom fighters after independence….. so many theories to keep kenyans talking as they hustle to survive in the collapsed Kenyan economy, fighting jiggers, drinking cheap liquor while waiting for retrenchment by the Uhuru regime.

And with a stroke, President Zuma and the funeral committee have invited Former Prime Minister and the People’s President Raila Amolo Odinga to represent the great people of the republic of Kenya at the funeral!

Diplomatically speaking, Uhuru will find no place to hide his face! I don’t want to dwell on the subject but bearing in mind when Mandela came to Kenya, his priority was to find out how our freedom fighters were being treated! Moi was deeply embarrassed not caring to know where those who fought for our freedom were buried!

After Moi display of ignorance and his regime’s treatment of surviving mau mau heroes icon Mandela cut links with Moi, in two subsequent events while on transit Mandela refused to step Kenyan soil instead chosing to relax in his presidential jet at JKIA – never to see Moi again!

On the other hand Rt Hon Raila Amolo Odinga received his invitation from South African President and Mandela’s Funeral Committee to attend as dignitary in the celebration of Nelson Mandela’s life in Johannesburg, South Africa.

The letter glorifies similarities of Raila’s sacrifices for democracy, justice, human rights, change, unity and nationhood; and their mirror image of Madiba’s. All Kenyans are proud of this honor from South Africa and family of Eminent African Leaders!

Meanwhile the Kenyan media has edited the part in history where Kenyatta refused to grant ANC operational base Kenya because the “West” had tagged the organization a “communist” outfit.

Tom Mboya was so blinded by the west that when approached,he and Murumbi (then vp) just refused to help out!

In the end, Mandela only got Jaramogi Oginga Odinga on his side. But the old grandfather had been tagged a communist and thus had very little power in the larger scheme of things.