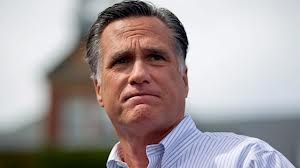 During a private fundraiser earlier this year, Republican presidential candidate Mitt Romney told a small group of wealthy contributors what he truly thinks of all the voters who support President Barack Obama. He dismissed these Americans as freeloaders who pay no taxes, who don’t assume responsibility for their lives, and who think government should take care of them. Fielding a question from a donor about how he could triumph in November, Romney replied:

There are 47 percent of the people who will vote for the president no matter what. All right, there are 47 percent who are with him, who are dependent upon government, who believe that they are victims, who believe the government has a responsibility to care for them, who believe that they are entitled to health care, to food, to housing, to you-name-it. That that’s an entitlement. And the government should give it to them. And they will vote for this president no matter whatâ€¦These are people who pay no income tax.

Romney went on: “[M]y job is is not to worry about those people. I’ll never convince them they should take personal responsibility and care for their lives.”