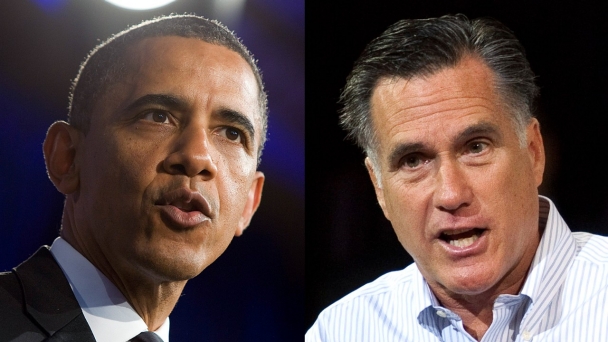 I watched the Obama vs Romney debate, and it seems like the media was determined to hold Obama to higher standards.

And we are used to this in election season, that whenever a candidate becomes overwhelmingly favorite in most of the aspects, especially opinion polls, the media tries hard to return it to a competitive state.

They spin, and it worked, Romney came out of the debate as the top dog, but analysts continue to watch whether that will translate into domination in the polls.

But me thinks it is a good thing, Romney can dominate the polls, so that when Obamaâ€™s next spike in the polls will be just close to the elections, that way he will gain the necessary momentum for a final push to the finish line.

That is why my crystal ball is that Obama failed to unleash vintage Obama of 2008 becauseÂ  they wanted to come out of the debate as underdogs to either stir up the base and fundraising effort, or to come out as weak at this point in time so that the next spike can come close to the election.

Obamaâ€™s undoing is that he failed to articulate anything dramatic, and stuck to his usual campaign rhetoric, while Romney seemed to have fine tuned his positions to resonate with the number one priority of Americans- jobs.

Afterwards, the jury was out, the panelists were in consensus that Romney had won. A CNN post debate poll gave an overwhelming verdict that Romney was the favorite in a landslide 67-25, a huge surprise given that 2-1; Americans polled before the debate had predicted a crushing Obama victory.

This, according to analysts would have spelt doom to the viability of Romneyâ€™s candidature. Instead the literal antithesis happened.

As an ardent Obama supporter myself, thereâ€™s no doubt that we voters expected too much from him. He is one of the smartest political personalities in Americaâ€™s 21st C, in fact after he won the 2008 elections, he was described as a â€œonce in a lifetime personalityâ€.

However, he seemed rusty. And this is very disappointing for Obama because people expected more. And if you have the baggage of race (and am writing from experience) and incumbency, you are held to higher standards.

Add to this, the fact that he exemplifies everything that is Harvard- smartness, intelligence, articulation, suaveness- his performance at the debate was inconsistent with his brand.

Instead he chose to be professorial, and in the process failed to engage with the conscience of the American voters- the majority of whom have no college degree. That is where smartness is not a cool thing sometimes.

Obamaâ€™s greatest asset in politics is his intelligence and suaveness in articulation, and with â€œRomney of all the peopleâ€ having punched holes into that, leaves him wounded and vulnerable, and once again helps resurrect the Romney campaign which seemed to be struggling in all polls weeks preceding the debate.

That is why in the next debate he should guard that strength with zeal because Romneyâ€™s debate prep was about working on his weaknesses, while maximizing on his strengths, while Obama failed to shine in what makes him tick- his strength of demeanor, coherence and articulation.

Romney campaign is aware of Obamaâ€™s smartness and is reported to have been burning the midnight oil while leaving nothing to chance, at least going by what the New York times cites Obama advisors as having noticed that during Romneyâ€™s 60 minutes interview which preceded the Wednesday debate that â€œhis answers were succinct and well rehearsed, a sign of the hours he had investedâ€.

As a Harvard trained MBA, Romney seemed savvy at addressing exactly what the customer wants to hear. Even though â€œjerkyâ€ in previous primary debates, he seemed relaxed, and took the debate as a fight for his life, while Obama, seemed too relaxed and overconfident.

Overconfidence especially when race is in the picture (and I say this as a black person who lives in America) it doesnâ€™t bode well with a predominantly white American audience.

Body language was also Obamaâ€™s anathema. In contrast, Obama 2008 was very humble, and even though you might not agree with me, that humility was significant in boosting his connectedness with voters against both Hillary Clinton and John McCain.

Of particular note was that during the Wednesday debate, he seemed to have this sarcastic smile while Romney talked, and rather than look directly at Romney, he did so through the corner of his eye, something that made him look like he was slighting Romney.

Incumbency, it seems bred Obamaâ€™s complacency. He is leading in most opinion polls and that made him come to the debate overconfident.

Romney left no chance in his debate prep and in his mock debates; he had enlisted the services of Ohio GOP Senator Rob Portman, who has in mock debates with Republican candidates, played the mock roles of great debaters like Al Gore, Joe Lieberman, John Edwards and Barack Obama.

And from Romneyâ€™s performance- itâ€™s evident- Sen. Portman had done a good job because Romney coming to the debate as the underdog came prepared for war- like a David ready to face Goliath.

To Kenyans the presidential debate is important, especially at a time when Obamaâ€™s signature Health care legislation popularly known as Obama care is on the line. Healthcare is the largest employer to the majority of best paid Kenyans in the Diaspora. Remittances to Kenya by the diaspora are in the tune of KSh75 b, or US$ 1 billion.

This foreign currency inflow would greatly be impacted depending on who wins in November if it were to result in a repeal of Obama care. Most banks and money transfer business plans are pegged on these Diaspora dollars like Nation Hella and Safaricomâ€™s M-Pesa which are already rolled out in the Diaspora. The volume of this business segment is therefore on the line.

Obama under pressure will now go back to the drawing board, and hopefully he will come to the next debate a reloaded debater.