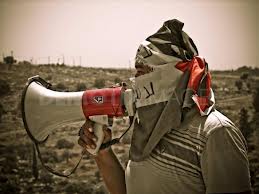 This article titled “Israel fires warning shots into Syria as violence escalates in Gaza” was written by Harriet Sherwood in Jerusalem, for The Guardian on Sunday 11th November 2012 14.52 UTC

Israeli troops are engaged on two of the country’s borders, firing warning shots into Syria after a mortar shell hit an Israeli army post on the Golan Heights and targeting militants in Gaza in an escalating round of violence over the weekend. Four Palestinian civilians were reported killed in air strikes on Gaza.

In the north, the Israeli Defence Forces’ (IDF) response came amid concerns that the civil war in Syria could spill across the boundary into the Golan Heights, which Israel has occupied since 1967. In the past week, four shells fired from within Syria have landed in the Golan, although none have caused damage or injuries. Eight days ago, three Syrian tanks briefly entered the buffer zone between Syria and the Golan Heights.

Sunday’s warning shots were the first time the IDF has fired into Syrian territory since the 1973 Yom Kippur war. "A mortar shell targeted an IDF post in the Golan Heights," said the army spokeswoman, Avital Leibovich. "We answered with a warning shot towards Syrian areas. We understand this was a mistake and was not meant to target Israel and then that is why we fired a warning shot in retaliation."

The Israeli military lodged a complaint through United Nations forces operating in the area, stating that "fire emanating from Syria into Israel will not be tolerated and shall be responded to with severity".

The prime minister, Binyamin Netanyahu, said on Sunday that Israel was "closely monitoring what is happening on our border with Syria and we are ready for any development".

Another army spokesman, Yoav Mordechai, said Israeli forces had targeted a mortar squad operating near the Syrian army position that had apparently fired the mortar into the Golan, and that the IDF estimated there were no casualties on the Syrian side. "We have no interest in getting in between the rebels and the Syrian army, but to defend the Golan Heights from stray fire," he told the Times of Israel.

In the south, dozens of rockets and mortars were fired from Gaza between Saturday evening and midday on Sunday by militants from Hamas, Islamic Jihad and other organisations. Six Palestinians, including four civilians, were reported killed in at least nine separate Israeli air strikes.

Netanyahu warned that the military was ready to intensify its response to rocket fire from Gaza following the escalation of attacks and counter-attacks.

The round of violence followed a similar spike almost three weeks ago, which subsided after intervention by Egyptian mediators. But some observers believe Netanyahu may be more inclined to order a robust approach in the runup to Israel’s general election on 22 January.

Militants in Gaza were "sustaining harsh hits" from the IDF, Netanyahu told ministers at Sunday’s cabinet meeting. "The world needs to understand that Israel will not sit with its hands tied in the face of attempts to harm us. We are prepared to intensify our response."

Operation Cast Lead, the three-week assault on Gaza in which about 1,400 Palestinians were killed, was launched in the build-up to Israel’s last election in 2009.

Moshe Ya’alon, minister of strategic affairs, reinforced Netanyahu’s warning. "We aren’t going to let this stand â€¦ We have many means for exacting a price from the other side, and we will deploy them as we see fit, so that in the end we can bring quiet back to the south," he told army radio.

Asked about the possibility of a ground operation, Ya’alon said: "Everything is being weighed and will be weighed." However, he indicated such a move would only be authorised if targeted air strikes failed to stop rocket fire.

The increase in violence followed the death on Thursday of a 13-year-old Palestinian boy during an incursion by tanks near the city of Khan Yunis. Hamid Younis Abu Daqqa had been playing football with friends when shots were fired from an Israeli helicopter, according to his father.

Later, an Israeli soldier was slightly injured when a booby-trapped tunnel dug by militants from Gaza towards Israel exploded.

On Saturday, militants fired an anti-tank missile from Gaza which wounded four Israeli soldiers on a jeep patrol along the border.

Six Palestinian factions, including Hamas, the ruling party in Gaza, issued a joint statement saying they were responsible for the rocket fire. Since Operation Cast Lead, Hamas has largely tried to restrain other militant groups from launching rockets and mortars, but it has increasingly participated in military operations over the past few weeks.

The organisation is under pressure from more radical groups within Gaza, which may explain its unusually open participation in recent violence.

Israel is concerned that large quantities of weapons from Libya are being smuggled into Gaza from Egypt. Last month an anti-aircraft missile was fired from Gaza for the first time at an Israeli military helicopter, according to Israeli defence officials. The shoulder-fired Strela missile missed its target.