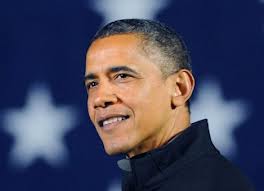 This article titled “Barack Obama’s odyssey continues” was written by Jonathan Freedland, for The Guardian on Wednesday 7th November 2012 20.44 UTC

The improbable journey goes on. What Barack Obama always regarded as the unlikeliest of political odysseys will now be allowed to run its full measure. By a clearer margin than many of his supporters had dared hope, the people of the United States voted to let their 44th president finish what he had started.

As election night brought the familiar, intense focus on this or that county in Ohio or Florida, it was easy to lose sight of the scale of Obama’s achievement. Of course becoming America’s first black president four years ago was an unrepeatable feat, but winning four more years made history, too. Obama is only the fourth Democrat since 1900 to win two full terms in the White House. Only Woodrow Wilson, Franklin Roosevelt and Bill Clinton have matched his achievement.

And he did it in the hardest of circumstances. The experts long believed that to win re-election with unemployment at or above 8% was to defy political gravity: no one had done it since 1940. Yet that was the jobless number Obama confronted from the day he took office until two months ago. His approval ratings had struggled to break 50%. He had been on the receiving end of a four-year assault from the American right â€“ the alternative universe embodied by Fox News, which tore itself apart on air as pundit Karl Rove refused to accept the cold, hard facts set out by Fox’s own number-crunchers â€“ which sought to “other” the US president, to paint him as Barack Hussein Obama, the Kenyan Marxist Muslim bent on destroying America. Despite all that he won and won convincingly, ahead in the popular vote and taking all but one of the nine key battleground states, with as-yet-undeclared Florida likely to be added to his tally â€“ with no need of recounts and not a hanging chad in sight.

It was a monumental achievement, one the renewed president recognised with a magnificent speech. In Chicago before a crowd both relieved and delighted, he spoke with a force, clarity and determination that had scarcely been glimpsed in the 2012 campaign. The rhetoric was soaring â€“ “for the United States of America the best is yet to come” â€“ and moving but it was also rooted in the concrete. He set out the goals of his second term: “Reducing our deficit. Reforming our tax code. Fixing our immigration system. Freeing ourselves from foreign oil.”

But he also spoke of a danger that had barely featured on the campaign trail, warning of “the destructive power of a warming planet”. For his supporters, including those frustrated by the timidity of much of his first term â€“ and the lethargy of his appearance in the first TV debate â€“ this was the Obama they had been waiting for.

It brought hope flickering back to life inside Democrats who wonder if, having made history, Obama might now defy it, reversing the usual order and achieving more in his second term than in his first. His healthcare reform, which would have been repealed by a President Romney, will now be implemented, which represents a legacy in itself. If he can somehow negotiate the looming fiscal cliff, bringing tax revenues and spending into balance, that too will endear him to posterity.

But the president cannot do that alone. Action on the deficit will require a “grand bargain” with Congress and that means the Republican party, which retained control of the House of Representatives, though Democrats remain in charge in the Senate. The risk for Obama is that, for all his renewed talk of bipartisan co-operation, he might be thwarted by all too familiar gridlock.

Yet the night marked more than just the extension of the Obama presidency: it also confirmed the arrival of the Obama nation. For underpinning the president’s success was a shift in the very nature of the US electorate, with white voters accounting for a smaller share than ever before. Now 28% of American voters are non-white, a threefold increase over the past four decades. And these rising groups that make up the new America vote Democrat.

That much was clear in what analyst John Heilemann called Obama’s “coalition of the ascendant”. The president could trail Romney among white men because, exit polls showed, he could rely on 93% support among black Americans, 71% of Latinos, 60% of the under-30s and 55% of women. The lift in the Latino vote may well account for Obama’s wins in Nevada, Colorado and Florida. And this is no one-off: 50,000 Latinos turn 18 and become eligible to vote every month. That translates into 2.4m new Latino voters able to take part in the election of 2016.

The US pundit class is fond of hailing every presidential election as the birth of a new, permanent Democratic or Republican majority. Such verdicts should be handled with care. After all, Romney came within two percentage points of Obama in the popular vote. Nevertheless, the political complexion of the American people is changing. Striking was the passage in three states of measures authorising equal marriage for gay couples. Wisconsin elected the first openly gay senator, Tammy Baldwin. The Obama campaign understood this new electorate and turned out its vote brilliantly.

The Republicans are in the reverse position. They lost because they relied on a white vote that is shrinking. What will surely follow is a battle for the soul of the Republican party, realists pitted against purists. The realists will argue Republicans â€“ who have lost the popular vote in five of the last six presidential elections â€“ must expand their appeal if they are not to be doomed to perennial defeat. Romney won fewer Latino voters than John McCain, who won fewer than George W Bush. That was partly because, in order to survive the Republican primaries, Romney had to adopt a hard line on immigration, calling on migrants to “self-deport”. In that move, the Latino commentator Ana Navarro told CNN: “He self-deported from the White House.”

Others will add that Republicans have to change the way they speak to women, after two candidates who suggested that women should be forced by law to bear the children of their rapists lost winnable Senate seats.

The purists will brook no such change, insisting Republicans must stay true to their small government, socially conservative message. The people will come around eventually, they believe, especially if the party can find an attractive, ideally non-white messenger â€“ say, senator Marco Rubio of Florida.

The consequence could well be a Republican civil war, or period of “reflection and recalibration” as Texas senator John Cornyn politely called it. But a change is overdue. Without it, Republicans will surely endure more nights like the one they suffered on Tuesday, when they gathered in a Boston ballroom for what was meant to be a victory party â€“ a glum, all-white group staring at a giant screen, watching TV pictures from Chicago of a crowd of beaming Democrats, young and old, black and white, celebrating a victory that tasted even sweeter the second time around.