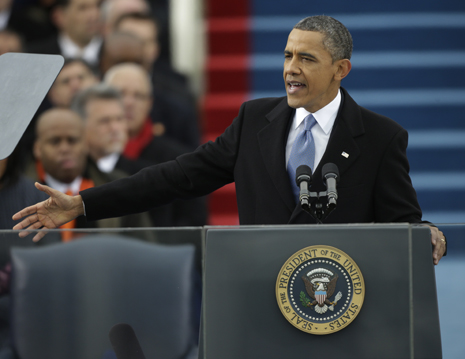 Barack Obama used his second-term inaugural address to issue a powerful call to action, as he embraced an unashamedly liberal agenda and urged Americans to reclaim from conservatives the spirit of the founding fathers.

Speaking in front of Congress after renewing his presidential oath of office before a crowd of about half a million, the 44th US president pledged that he would battle against poverty and prejudice, deliver equality for gay people, tackle climate change and give young undocumented immigrants a path to citizenship.