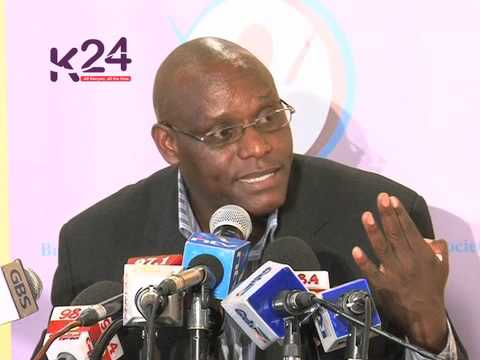 Why National Parliament Purported Withdrawal will not be easy

1. The first withdrawal motion was tabled and debated on 22nd December 2010, seven days after the naming of â€˜Ocampo Sixâ€™. It was filed by Isaac Ruto and seconded by Jeremiah Kioni: Questions: a) Why did the motion not come before Ocampo 6 were named and/or before the trials begin? b) Does it mean Members of Senate, National Assembly, President and other top government officials are untouchable even where it involves murder, mass rape, looting and burning of property? c) Is national Parliament therefore not the true base of impunity?

2. If the International Criminal Court (ICC) is a colonial and imperialist court, then Amos Wako, Aaron Ringera, Francis Muthaura, Thuita Mwangi, Julius Sunkuli, among other key top government officials who played a key role in 1998 (including Kenya holding Vice â€“Presidency at a certain stage) during Rome Statue negotiations are the real colonialists and imperialists

3. The Country enacted the Treaty Making and Ratification Act 2012 guiding the country on procedure of signing and ratifying international treaties and conventions.

4. The process of withdrawal requires the State to give a 12 monthsâ€™ notice by depositing the withdrawal documents with the Secretary General of the United Nations. This withdrawal does not affect the cases that have already commenced in a State that is withdrawing.

5. The State’s obligations to co-operate with the Court do not cease even after the withdrawal becomes effective. The National Assemblyâ€™s push to withdraw is a futile attempt to safeguard impunity.

6. It should be noted that the Rome Statute of the ICC established the ICC after many years of negotiations among States with a view to putting an end to impunity.
The MPs have forgotten that the Court was not formed for the Kenyan cases but is as a result of a process from the legacies set by the Nuremberg and Tokyo Tribunals that were set up after World War II to try those who were responsible for atrocities at that time.

7. We have witnessed closer home, the establishment of the Rwandan Tribunal after the Genocide of 1994. The ICC therefore, was created as a permanent Court with a realization that there are those who would commit atrocities that shock the conscience of humanity and they should not be left to walk free. What then would be the benefit of withdrawing from the Rome Statute?

8. If Parliament goes ahead to instigate withdrawal, then it will be acting illegally. Contrary to the national interests and countryâ€™s reputation/credibility. It will be a breach of the representative mandate they exercise on behalf of the people of Kenya from a mechanism that Kenya acceded to for the Citizensâ€™ own good.

9. The National Assembly will be specifically acting contrary to the Constitution and Public Officersâ€™ Ethics Act 2003, which has recognized even a head of State is not immune from prosecution of an international crime and that any state/public officer charged with criminal or civil offences will stand suspended from public office. In addition, the agreement signed on December 16, 2008 to implement Waki Commission (CIPEV) Report was categorical that any person being investigated or is charged for Post-Election Violence (PEV) will be suspended from any public office.

10. Parliament has a power to legislate but that power is drawn from the Constitution which recognizes principles that a Parliament should adhere to in exercise of its function. Powers to legislate are not unlimited and Parliament has to be accountable to the people. That is why the Courts provide an opportunity to challenge legislation, which is clearly unconstitutional.

11. The accession to the Rome Statute and subsequent domestication vide Constitution and International Crimes Act 2008 makes it practically impossible for National Assembly to amend or repeal laws of ICC without full participation of the Kenyan people.