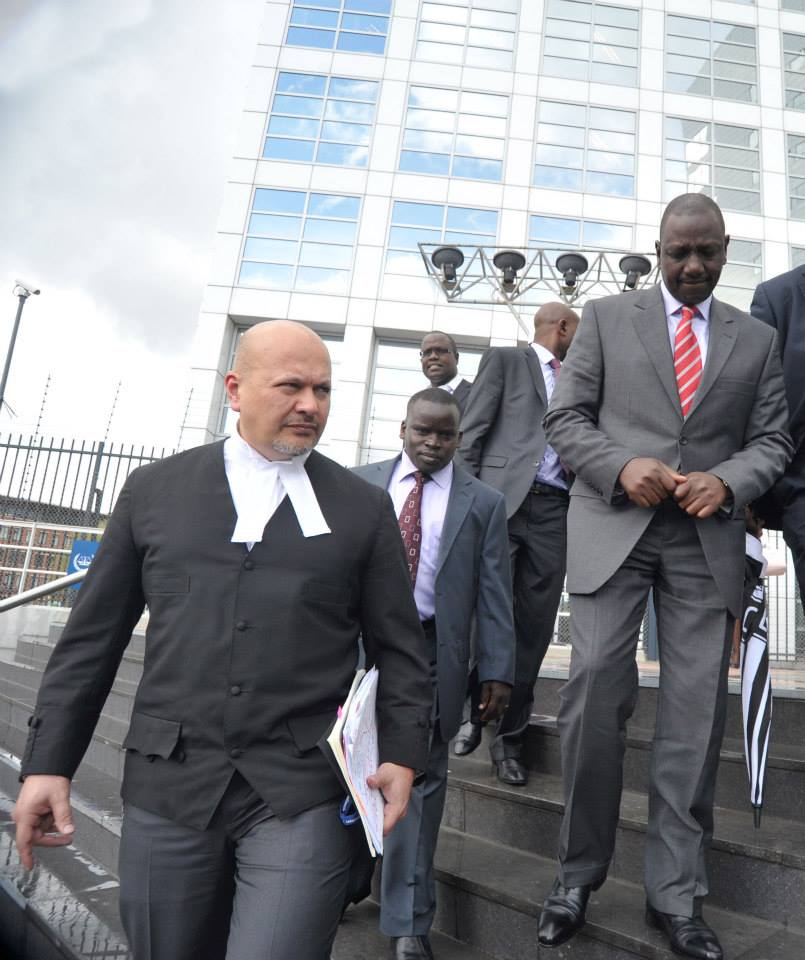 By ANDREW TEYIE for the Sunday Nation

Allegations of witness coaching, intimidation, coercion and cajoling have been the hallmarks of the Kenyan cases at The Hague.

Interviews with people who have dropped out of the ICC witness list paint a dark picture of an operation that is replete with blackmail by crooked individuals out to derail the cases by all means.

Claims of false witnesses coached by the civil society have also clouded the hearing, which started last week with Deputy President William Ruto and radio presenter Joshua Sang appearing before the judges.

The Sunday Nation has established that the shadowy team hunting down witnesses includes lawyers and businessmen. The witnesses are identified through relatives and former allies, who lure them from their safe houses in the region.

The witnesses who recant their testimonies are allegedly rewarded with between Sh2 and Sh3 million each, while those who resist are coerced through relatives, friends and family until they give up.

Both the prosecution and defence have disputed claims of either coaching or bribing witnesses to strengthen or weaken the cases.

Our sources also said that the gang of witness busters is tracking down about 10 individuals to make them stand down.

Apart from top lawyers and businessmen, the network also includes community elders who use the extended family to intimidate witnesses into surrendering. One of the individuals we interviewed showed us telephone numbers (withheld) they claimed were used by former ICC witnesses to convince witnesses in Poland and Tanzania to stop working with ICC.

Some of them are back in Kenya and are living extravagantly having bought parcels of land and cars.

For instance, a man from Nandi County, who renounced his testimony in February, has since bought a seven-seater vehicle, land and a plot in a move that has left villagers wondering his sudden source of funding.

Another claimed he quit the ICC train after he was told that his elderly mother was ailing and might die in his absence.

The man from Uasin Gishu County returned to Kenya late last month. He was poor when he left the village but now heâ€™s the talk of the village owing to his changed financial status.

A man at the centre of the bribery claims is said to have bought land and several motor bikes for taxi business.

But a former witness dismissed claims that they were being lured to leaveÂ the ICC witness protection unit.

Instead, he blames his ICC handlers and attempts by non-governmental organisations to influence the cases as a reason for his exit from the programme. He claimed that he was paid a monthly stipend of Sh100,000 for upkeep while his children were enrolled in international schools.

As we were conducting the interview, he was informed that three Caucasian men were in his village trying to ascertain his whereabouts. The foreigners were believed to be detectives from ICC.

During the interviews, we also established that some of the witnesses were in the programme for money and had no intention of running the full course.

â€œSome of them saw an opportunity for a better life elsewhere. And that is why some people are talking about witness coaching by human rights organisations,â€ said a source.

Yesterday, Centre for Human Rights and Democracy chairman Ken Wafula, however, dismissed the claims as false in a statement to the Sunday Nation.

â€œFalse allegations have been made repeatedly about human rights NGOs in the ongoing ICC trials. It is claimed that the Centre for Human Rights and Democracy, of which I am a top official, received funds from foreign missions to bribe and coach witnesses. This is political propaganda riddled with raw lies,â€ says Mr Wafula.

In a post on his Facebook page,Â  Mr Hassan said: â€œI am cognisant of a post circulating in the social media alleging that I, Hassan Omar Hassan, wrote to President Uhuru Kenyatta and his Deputy William Ruto last week â€œapologising to the two saying he [I] was misguided by the devil to incriminate them at the ICCâ€ over my alleged role in witness coaching. Various allegations were also contained in the post with respect to the said letter I allegedly wrote to the President and his Deputy.â€