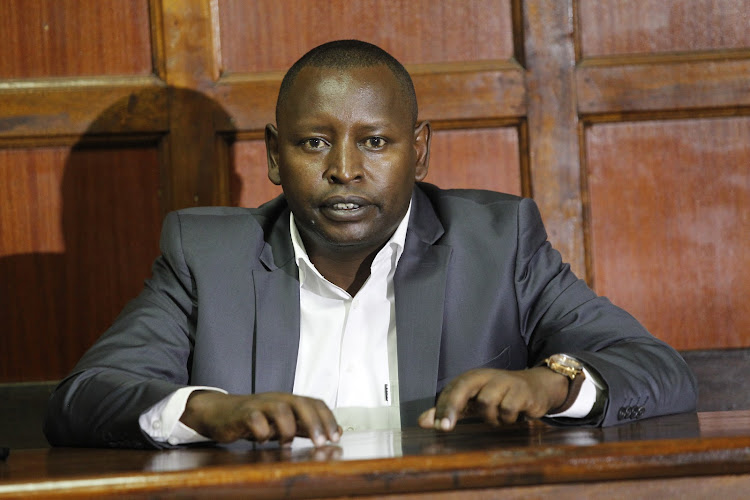 Samburu Governor Moses Lenolkulal was released on a bond of Sh150 million and a surety of the same amount of an alternative of Sh100 million cash bail.

He is however still being held at the Industrial Area Remand Prison after he was unable to raise the Ksh.100million cash bail set on Tuesday.

The embattled Governor filed for a review of the bail amount at the High Court Anti Corruption Division on Wednesday morning.

“My Lord the accused is greatly aggrieved by the said terms which are completely outrageous and unprecedented. It goes against the bail and bond policy, specifically that the bond amount should not be excessive and should not be greater than necessary to guarantee that the accused persons will appear in court,” lawyer Paul Nyamodi said.

The advocate further assured the court that his client does not pose a flight risk because of his capacity as the Samburu Governor.

Sources, however, indicate that the Director of Public Prosecution is yet to be served with the applicable documents for review.

The matter is to be heard before Justice Mumbi Ngugi.

He was earlier on Tuesday charged with four counts of abuse of office and conflict of interest leading to the loss of Sh84.6 million public funds.

Lenolkulal denied all the charges. The bail amount is one of the highest ever slapped on a graft suspect by the Judiciary.