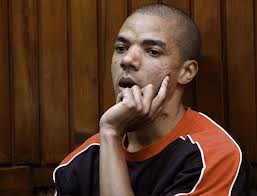 This article titled “Met officers to testify at Kenya trail of Jermaine Grant” was written by Clar Ni Chonghaile in Mombasa, for guardian.co.uk on Wednesday 15th August 2012 13.57 UTC

Officers from Scotland Yard have been asked to testify at the trial of Briton Jermaine Grant in Mombasa, a Kenyan prosecutor said on Wednesday after another short day in court for the 29-year-old from east London who is charged with possessing explosives and planning an attack in the Indian Ocean city.

Prosecutor Jacob Ondari said around six officers had agreed in principle to testify, but he did not know when they might come. The trial of Muslim convert Grant and three others is due to continue on Thursday before it is adjourned and a new date set.

“In principal, [the officers from Scotland Yard] have agreed,” Ondari said after the hearing. “We had hoped to call them this time, but they said they were engaged with the London Olympics,” he said.

Grant, who is already serving a two-year jail term for being in Kenya illegally, is on trial with Fouad Abubakar Manswab and two other Kenyans: Warda Breik Islam, a 19-year-old who married Grant the day before his arrest, and Frank Ngala. All four have denied the charges.

In February, the case was adjourned until May because evidence seized during Grant’s arrest had been sent to Britain for analysis. . The hearing lasted two days then, and was adjourned again.

Kenyan police believe Grant has links to the Somali Islamist group al-Shabaab, which is blamed for carrying out attacks across Kenya. The case has drawn attention to the role of foreign fighters in the militant group, which is fighting African peacekeepers in Kenya’s neighbour.

There has also been much media speculation that Grant was working with, or knew, fellow Briton Samantha Lewthwaite, the fugitive widow of one of the 7 July 2005 London bombers.

Kenyan police are looking for Lewthwaite, the daughter of a former British army soldier who was married to underground bomber Germaine Lindsay, and suspect she has links to al-Shabaab.

There was no mention of Lewthwaite in court on Wednesday but lawyer Jared Bosire, who is representing Breik Islam, said the speculation about possible links had made the case more difficult to work.

In Wednesday’s only witness testimony, police officer James Maiyo told the court how he found Grant and Abubakar Manswab standing on a street corner, beside a “blueish” motorbike, in Mombasa’s bustling Mtopanga district on December 19 after being tipped off by a source.

Abubakar Manswab tried to run away but Maiyo caught him. Grant did not try to flee, the officer said, and his colleague detained him.

“They were at a corner, standing and they had a motorbike beside them. When I stopped my vehicle and told them I was a police officer, one of them started running,” Maiyo told the court.

The court was shown what the men were carrying at the time of their arrests.

Grant, whom Maiyo referred to as Peter Joseph, the alias he was allegedly using at the time of his arrest, was carrying three phones, a black wallet with 2,700 Kenyan shillings (Â£20) and a bunch of keys â€“ all in a black bag around his waist. He also had shiny purple flash disk around his neck.

After the men were arrested, police went to their homes, but Maiyo said he did not enter as he was driving.

The trial is unlikely to end soon. Kenya’s justice system is notoriously slow, and the case has already been adjourned several times, sometimes because of misplaced papers, or delayed presentation of evidence.

Bosire accused the prosecution of delivering the evidence “piecemeal” and preparing a faulty case, pointing to discrepancies in Maiyo’s written statement and his testimony on Wednesday.

“As far as I am concerned, this is a smokescreen. [The prosecution] is not bringing the issues of fact. They do not want to admit they have done a shoddy job,” he said.

“The nature of the case is that we cannot have all the evidence at the same time â€¦ The evidence has to be analysed, and sometimes that analysis has to take place outside Mombasa and outside the country,” he said.

Grant is also on trial separately in Nairobi on charges of robbery with violence and escaping from lawful custody. The prosecution says the Briton was arrested near the Somali border in 2008 but escaped when suspected al-Shabaab rebels attacked the police station and stole weapons. This trial has not yet concluded.