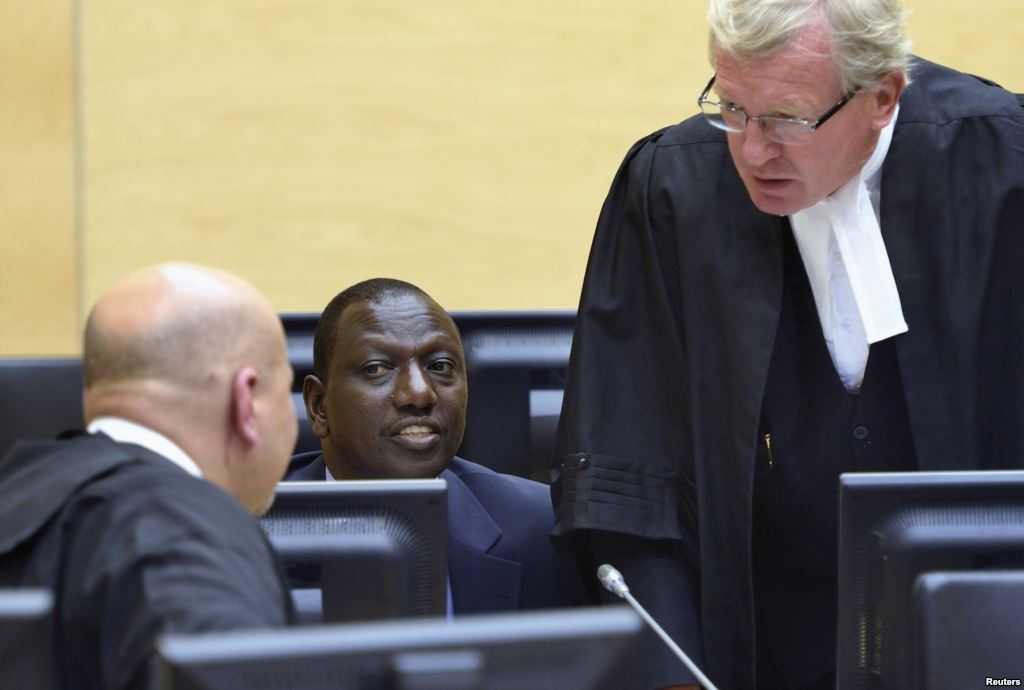 On September 10, 2013, William Samoei Ruto, Deputy President of Kenya and his co-accused, Joshua Arap Sang, are expected to stand before Trial Chamber V(A) at the International Criminal Court (ICC) and hear opening arguments in their case. Both men will appear voluntarily â€“ a rarity in itself when it comes to international criminal trials â€“ but even more unique is the question of whether Mr. Ruto can spend the remainder of the trial flying back and forth between The Hague and Nairobi, juggling his competing obligations as Deputy President of Kenya on the one hand, and a man accused of crimes against humanity on the other.

In July, the Trial Chamber granted Mr. Rutoâ€™s request to be excused from attending certain parts of the trial so that he may attend to his official duties in Kenya. It is the first time that an international court has granted such a liberal excusal request in a war crimes trial, and the decision is currently before the Appeals Chamber. Until the Appeal is decided, Mr. Ruto must attend all hearings in the case.

In excusing Mr. Ruto from the courtroom, the Trial Chamber went to great lengths to emphasize that its decision was unique to the facts of this particular case; however it cannot be denied that if the decision is upheld, it will have far reaching implications for the conduct of the trial, and the International Criminal Court more generally. These implications will be explored in subsequent posts. This, the first of three posts on the issue, will examine the legal issues that the Appeals Chamber judges are grappling with as we speak.

The trial chamberâ€™s decision comprises a Majority decision and a dissenting opinion. The Majority holds that as a general rule an accused must be present at trial, but the chamber may excuse attendance in exceptional circumstances. In her dissenting opinion, Judge Herrera Carbuccia agrees with this analysis. Her Honor departs from the majority reasoning by opining that a chamber cannot at the outset of a trial grant a blanket excusal from certain portions, as the majority purports to do. According to Judge Herrera Carbuccia, a decision on which hearings to excuse the accused from must be made pursuant to a specific application on a case-by-case basis.

In reaching its conclusion, the Majority examines the Rome Statute as a whole, with particular attention given to the articles 27, 61, 63, 64, and 67. Urging a less expansive approach on appeal, the Prosecution argues that this is an open-shut case in which the chamber must simply apply the â€œseven unambiguous words in Article 63(1)â€ on their face: â€œthe accused shall be present during the trial.â€

Also at issue is wisdom gleaned from the two statutory exceptions to the general rule that the accused shall be present during the trial. The accusedâ€™s physical presence in the courtroom is not required if: (a) the accused is disruptive (Article 63(2)) or (b) a pre-trial chamber decides that a confirmation hearing can be held without the suspect present (Article 61(2)). The Majority is not persuaded that these are the only two circumstances in which proceedings can take place without the accused.

In reasoning that does not skimp on its use of Latin, the Majority emphasizes the unique context of these two provisions. First, excusal for disruptive behavior deprives the accused of his right to attend, unlike Mr.Â Rutoâ€™s request to waive his right voluntarily. Second, a confirmation hearing involves a pre-trial chamberâ€™s power to excuse a suspect from attendance, a wholly different situation from a trial chamber excusing an accused during the trial. As the provisions are distinct from Mr. Rutoâ€™s case, the Majority cannot conclude that the provisions operate to exclude a trial chamberâ€™s discretion to excuse attendance in other circumstances. The Prosecution argues against this interpretation on appeal: the drafters of the Rome Statute include a singular exception to presence at trial (disruption) â€“ if they had intended to allow the accused to waive his right during the trial, they would have said so the way that they did for pre-trial hearings.

A final statutory interpretation challenge thrown up by the appeal is the effect that Article 27 has on the analysis. This provision holds that the Rome Statute applies â€œequally to all persons without any distinction based on official capacity.â€ The Majority has two points to make regarding Article 27: its main premise is to ensure that public officials cannot enjoy immunity from prosecution for violations of international criminal law, and this premise is not defeated by excusing Mr. Ruto from attending the trial in order to carry out his functions as deputy head of state.

It is difficult to predict which way the Appeals judges will rule, but if the decision to grant suspensive effect of the Trial Chamberâ€™s decision is anything to go by, the Appeals Chamber considers the issue to be serious enough to keep Mr. Ruto in The Hague for the time being. The implications for the trial and for the ICC generally will be explored in the next two posts.