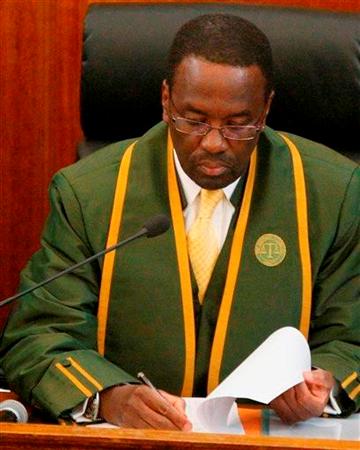 By: The Law Society Of Kenya.

â€œThe Constitution guarantees equal protection of the law for everyone .It therefore demands that justice must be done to all irrespective of status .It also demands that all state organs must assure access to justice for all persons.â€”.These twin constitutional demandsâ€”require that justice be delivered expeditiously and without undue regard to technicalities.â€”.In particular the judiciary shall leverage and build on the new Supreme Court established by the constitution to engage in progressive jurisprudence conscious of and faithful to the constitutional basis of its origins and mandate.â€ An extract from the Key Result Areas (under Pillar one and two) of The Judiciary Transformation Framework 2012-2016.

Doubts abound whether given its recent ruling, which struck out a further affidavit in Presidential Election Petition No.5 of 2013, the Supreme Court was keeping to the policy of the new judiciary as per the above transformation framework. On the 25th March 2013 the respondents in the aforesaid presidential election petition asked the Supreme Court to strike out a further affidavit filed by the petitioner on the grounds that the said affidavit had been filed out of time and without leave of the court. The petitioners on their part resisted that attempt on grounds inter alia that the constitution dictates that the judiciary should undertake its mandate without due regard to procedural technicalities.

In its ruling delivered on 26th March 2013 the Supreme Court struck out the further affidavit by the petitioner by holding, among others, that leave ought to have been sought before the affidavit was filed. It further stated that the interpretation of Article 159(2) (d) of the constitution on â€œundue regard to technicalitiesâ€ did not mean that procedural technicalities imposed by either the constitution or written law may be ignored.

A look at recent judicial pronouncements from the Court of Appeal, the High Court and subordinate courts tells you that the judiciary has come of age by embracing the constitutional requirement on substance as provided for under Article 159 of the constitution. There are many decisions from our courts on this issue but let me share one such decision. In Equity Bank Limited v Capital Construction Limited [2012] eKLR the Hon.Mr.Justice Musinga (as he then was) expressed himself in this manner; â€œWhile the submission may be right in law, I do not think that in the new constitutional dispensation it can be a ground for dismissing an application for review that is otherwise merited. I say so because Article 159(2)(d) of the constitution of Kenya 2010 requires the court to administer justice without undue regard to procedural technicalities.â€”.The inclusion of such a provision was very deliberate and I believe it was informed by public outcry regarding serious injustices that were occasioned to litigants due to the judiciaryâ€™s rigid observance of procedural technicalitiesâ€”.If courts continue to accord procedural technicalities undue prominence in administration of justice they will be negating an important constitutional requirement.â€

These progressive jurisprudential gains are likely to be upset by this precedence from the highest court in the land. The doctrine of stare decisis (with regard to decisions from the Supreme Court) is now entrenched in our constitution in Article 163(7) which provides that â€œall courts, other than the supreme court, are bound by the decisions of the supreme court. â€ This therefore means that any court which disregards this decision by the Supreme Court or attempts to interpret the said decision with a view to distinguishing it may be in breach of the constitution. I see some lawyers taking advantage of this decision to take us back to the era of litigating by way of advancing argument of a technical nature. This kind of practice had been amplified and perfected by the then Court of Appeal and the then Milimani Commercial Division of the High Court, Nairobi.

This unfortunate situation may be salvaged if the Supreme Court clarifies its decision or places a rider in respect of the context in which it pronounced itself. In the meantime and in order to promote the good practice of law I urge our members to exercise â€œbar restraintâ€ in citing this decision from the Supreme Court. The bar remains â€œon trialâ€ as to how it will interpret and apply this decision.