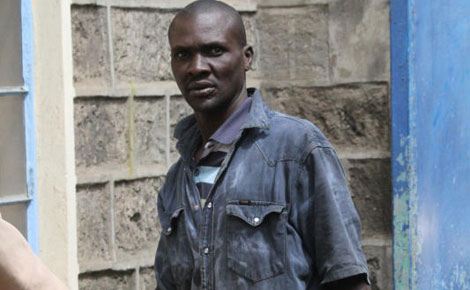 NAKURU, KENYA: A suspect believed to be involved in the theft of Presidential Escort car has been remanded by a Nakuru court for further investigations. The suspect Aggrey Odhiambo Achieng who was charged with handling suspected stolen property was remanded in Nakuru Central Police Station.

Principal Magistrate James Mwaniki granted the Prosecution’s application to have Odhiambo remanded in Nakuru Police station after hearing that the suspect was willing to give information relating to the theft of presidential escort car.

Nakuru Court Prosecutor Cosmas Ikunyua, while seeking for more time said investigating officers are still interrogating him after he yielded positively to the robbery in Nairobi where a presidential escort car was stolen last week.

“The suspect is highly involved with more serious crimes including the robbery of Presidential Escort car and has offered to give more information,” Ikunyua said.

Odhiambo, who was arrested on Saturday by Flying Squad officers in London Estate in Nakuru having retained a car believed to have been stolen was also charged with possession of fake firearm.

pOdhiambo denied both charges of being in possession of suspected stolen car and imitation of a firearm. Court granted the prosecution more time until September 22 when the case will be mentioned.