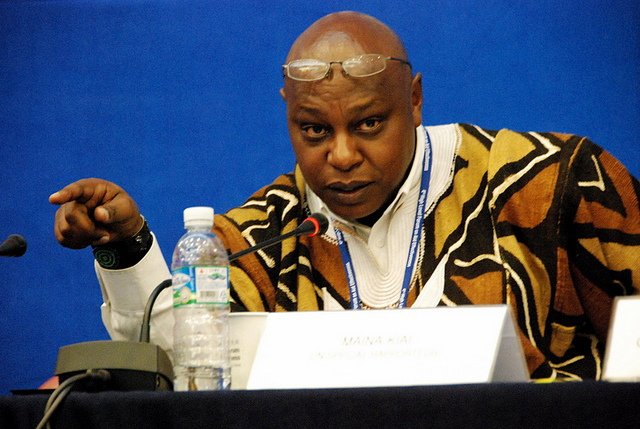 Leading civil society groups in Kenya will today 12th April 2013 launch a public web portal that will be hosting all the evidence that support claims of massive rigging and other electoral malpractice in the March 4th general election.

Leading human rights defender Maina Kiai in an email to key players in the civil society said the web portal dubbed â€œThe Peoplesâ€™s Courtâ€ is a joint project between AFRICOG and InformAction, the aim is a deliberate attempt to present in public all the evidence around the recent elections.

AFRICOG were petitioner number two in a Supreme Court case that challenged the declaration of Uhuru Kenyatta and William Ruto as president and deputy respectively citing massive electoral malpractice.

Evidence presented by petitioner one â€“Raila Odinga was expunged from the court records on technicality grounds, a move that may have weakened the petition that was later dismissed by the court.
The Portal – Peopleâ€™s Court, will be launched today, April 12 at 10am at the Sarova Stanley Hotel in Nairobi. It will serve as an accountability mechanism on the IEBC and the Supreme Court and will give the public unique access to all evidence filed at the Supreme Court in the presidential election petition.

Here is the email from Mr Kiai.

On behalf of InformAction and AfriCOG, I am pleased to invite you to the launch of a website called, “The People’s Court” tomorrow Friday April 12, at 10:00am at The Sarova Stanley Hotel.

I am sorry for the incredibly short notice in getting this to you, but I hope that some of you will attend or send representatives to the event as a sign of your support for openness, accountability, and the freedom of expression and information.

The website is a joint project between AfriCOG and InformAction and is an attempt to present in public all the evidence around the recent elections. Some of that is from the cases filed at the Supreme Court, but it will also include material and information from citizens, observers and others. Citizens will be provided a location to post /Number to send text messages in order to submit any information and evidence they gathered so that the complete truth on the recent elections can emerge.

Importantly, The Peopleâ€™s Court will be an accountability mechanism on the IEBC and the Supreme Court. Analysis of the Court’s decision will be posted on the website hoping to engender critical and constructive discussions on why they took the decision that they did, in the face of the evidence that will be presented.

The Peopleâ€™s Court gives the public unique access to all the evidence filed at the Supreme Court in the Civil Society petition challenging the election process.

By inviting citizen participation, we aim to make institutions accountable and uphold the high democratic standards of the constitution. We also hope that the website will be used as a forum for debate and opinion, celebrating freedom of expression in Kenya and our vibrant tradition of democracy activism.