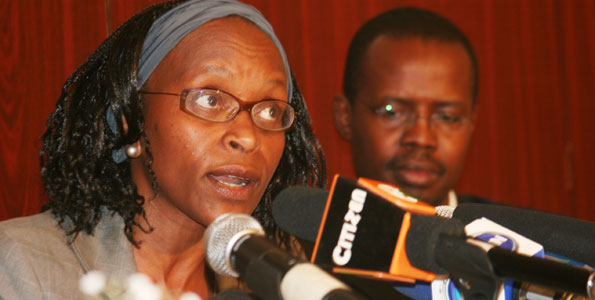 [wpsocialite]
On Saturday 16th of March2013 civil society filed a petition in the supreme court regarding the March 4th general elections, herebelow are some answers to a few questions you may have about the filing of the petition. .

Other petitions have a political party interest and seek to challenge the electoral outcomes. Our petition seeks to demonstrate that constitutional and legal safeguards on the election process were so breached that the accuracy and legitimacy of the electoral outcomes have been laid open to question. We seek to demonstrate that the electoral process was neither accountable nor transparent and its results are, therefore, non-verifiable. We seek declarations and orders to rectify all such breaches.

In fact, this is not the first petition of its kind in Africa. There is an on-going petition before the Supreme Court in Ghana challenging the integrity of the elections in December 2012. The Ghanaian case before the Supreme Court raises issues that have a striking similarity to the dispute in Kenya. In Ghana, the New Patriotic Party (NPP) challenged the validity and credibility of the results declared by the Electoral Commission in favour of the National Democratic Congress (NDC) on the basis that:
Â· The process of verification of results by political parties was not transparent;
Â· There were discrepancies between the total number of votes cast for presidential and parliamentary elections respectively;
Despite the charged political rivalry, the dispute in Ghana has not caused any violence. The same should be the case in Kenya.

2. Who are the Petitioners?

Gladwell Otieno as a voter in Langata Constituency and Executive Director of the Africa Centre for Open Governance (AfriCOG) and Zahid Rajan as a voter in Embakasi South were chosen to represent a collection of civil society Organisations who have been working towards credible elections since 2007.

3. Who are the Respondents?

Ahmed Issack Hassan as Chair of the Independent Electoral and Boundaries Commission (IEBC) and the Chief Returning Officer of presidential elections together with the IEBC as a constitutional and statutory body. Uhuru Kenyatta as recipient of the certificate of presidential results is also a respondent given the potential for this electoral petition to affect such receipt.

Â· To inform Kenyans that the integrity and security of their vote may not have been upheld by the IEBC through the voter registration and identification as well as the counting and tallying processes, all of which were significantly flawed;
Â· To assure Kenyan voters that the integrity of their vote will be upheld as guaranteed by Sections 81 and 86 of the Constitution which requires elections to be simple, accurate, verifiable, secure, accountable and transparent.

5. What is the IEBC accused of?

Â· Breaches of general principles of the electoral system as outlined in Section 81 of the Constitution, including free and fair elections that are: transparent; and administered in an impartial, neutral, efficient, accurate and accountable manner;
Â· Breaches of the Elections Act â€” in particular, Sections 6(1), (2) and (3) which require timely publication of the Principal Voter Register for public scrutiny ahead of the elections and Paragraph 82 of the supporting regulations requiring electronic transmission of tallies from the polling station level;
Â· In summary, breach of statutory duty and possible culpable negligence.

6. What are the facts on which these accusations are based?

Â· Inconsistencies between the provisional voter register available online and the one used (inclusion of voters without biometrics, deletions and additions, particularly after the close of voter registration);
Â· Failure of the first and legal check on counting and tallying (the electronic transmission system for the release of tallies from the polling station level);
Â· Failure to use the second check available (verifying constituency level compilations on Form 36 against polling level compilations on Form 34);
Â· Problems with some of the Forms 36 used (which were either not signed off by all political parties or signed off by one alone);
Â· Inconsistencies in the official results announced (votes cast in excess of voter registration, incorrect computations, incorrect and varied ways of doing those computations).

7. What are we seeking to achieve?

Â· Upholding of constitutional principles of credibility for the electoral process as set out in Article 81 of the Constitution;
Â· Truth about the Kenyan vote in the General Election of 2013 at all levels;
Â· Accountability to the Kenyan public in respect of all matters outlined above;
Â· Re-tallying based on properly and transparently verified Forms 34 (the tallying documents from the polling station level);An independent audit into the procurement and rollout of the electronic voter registration/identification and results transmission systems;
Â· Justice in terms of individual and institutional responsibility for the failure to assure the integrity and security of Kenyansâ€™ vote and political rights.

8. Why should the public support this case?

This was the first election under the new Constitution. Citizens deserve to have their vote secured. If it is not secured, there is no purpose to our participation in the electoral process. Citizens deserve the truth about what happened during the General Elections of 2013. Without truth, the legitimacy of the state and constitutionalism are at risk. Finally, citizens also deserve value for money. The investment in reform of the electoral system cannot be allowed to go to waste.

9. How would we want to the Court to rule?
Â· To find and declare that IEBC did not fulfil its constitutional and statutory mandate and requirements;
Â· To find and declare that the election was not conducted according to the requirements of the Constitution and the law;
Â· To order that all relevant documentation and equipment be secured pending a full independent audit into all electoral system failures with a view to their rectification;
Â· To order for immediate disclosure, by the IBEC of the vendors contracted as part of the chain of the electronic voter identification and results transmission system

10. Can the country can afford another election?

The question ought to be why the IEBC chose not to save the country the costs by conducting an election that was neither credible nor free nor fairâ€”despite being allocated no less than KES24.9 billion. The IEBC is accountable to us as citizens and taxpayers for the utilisation of that sum. What is the cost of Kenyans losing faith in the electoral process?