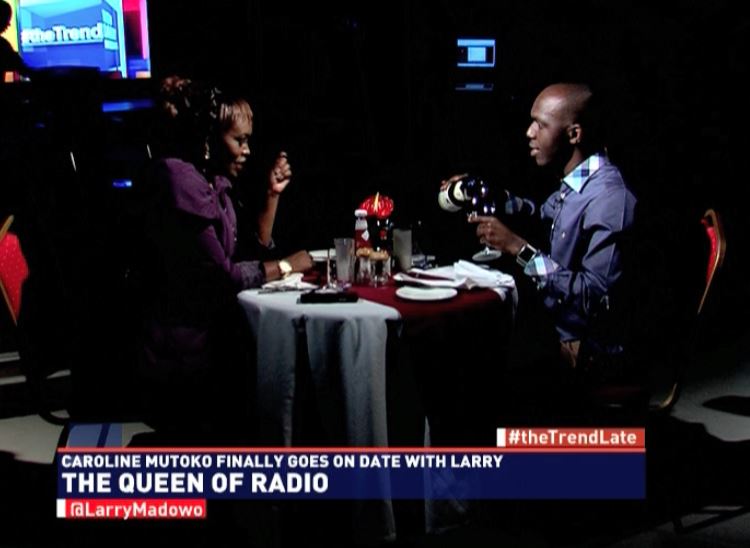 Whether we know it or not, weâ€™ve all met some form of the typical â€œMiss Independent.â€

Some of us know her better than others; some of us claim that title ourselves.

Sheâ€™s the self-sufficient, somewhat mysterious go-getter with big dreams and an even bigger heart, though not everyone sees it at first glance.

Some might see her as cold and distant, because she needs a significant amount of alone time to keep her from feeling scattered and spread so thin that she disappears. Sure, she has family and friends with whom she loves to spend much of her time, but itâ€™s in her nature to crave those precious hours of solitudeâ€”being only with her thoughts, completely alone in a crowd or in the vastness of a quiet scene.

Some call it antisocial; she calls it sanity.

For any or all of these reasons and then some, sheâ€™s never been the type to â€œfall in love.â€ In fact, if she has ever been in a relationship to any degree, it was likely one of the most difficult and confusing things sheâ€™s ever experiencedâ€”and sheâ€™s not usually one to be deterred.

Perhaps sheâ€™s too focused on her goals to realize that love could be knocking on her door, or sheâ€™s so comfortable with being in control that the thought of surrendering even a little bit to someone else makes her uneasy. Thereâ€™s also a chance that, despite her outward confidence and undeniable potential for success, sheâ€™s extremely insecure.
Or, maybe sheâ€™s simply afraid of opening herself up enough to be loved.

Whatever the reason, it comes down to the fact that this girl probably doesnâ€™t know how to handle the love that a suitor might want to give her. It doesnâ€™t mean sheâ€™s a lost cause, it just means that developing any kind of relationship with her will require an approach thatâ€™s more sensitive to her guarded heart.

In an effort to offer some insight, here are a few pointers for learning how to love a girl who doesnâ€™t know how to be loved:
1. Be patient.

Donâ€™t expect her to feel comfortable with diving headfirst into anything even slightly resembling romance. Keep in mind, itâ€™s probably taken her a great deal of contemplation and courage to even consider spending her time with you. And if she does appear comfortable responding to your first moves, itâ€™s quite possible that sheâ€™s actually terrified of what youâ€™ll think of her if she asks to slow things down. So, she just musters the strength to submit herself to the moment, only to spend all night feeling horrible about her dishonesty and inability step on the brakes. This will freak her out enough to make her sever whatever ties were made and withdraw immediatelyâ€”something sheâ€™s not afraid to do.

To avoid that, let things unfold at a pace that feels natural, which might be slower than whatâ€™s considered â€œnormal.â€ Remember, sheâ€™s not used to this, and too much at once will surely send her over the edge. Showing sensitivity to her pace will let her know that she doesnâ€™t have to fear being out of control, causing a miscommunication or feeling the pressure of time.
2. Talk.

Because she spends so much of her time alone and in her head, this girl might be under the impression that her thoughts and opinions are a bit too intense for others. She rarely shares the things on her mind, as she fears that whateverâ€™s in there is so deep and inquisitive that people will think itâ€™s overdramatic, oddly philosophical or just plain weird. She values deep conversation, but feels that she can exercise this pleasure with relatively few people, if any at all.

So talk with her. Let her know that she can say whatâ€™s on her mind, and donâ€™t be afraid of her ability to dissect every possible meaning of a theory sheâ€™s been hung up on for weeks. If she apologizes for rambling about it, tell her she doesnâ€™t need to be sorry, she doesnâ€™t need to suppress it. Make her feel that although she is certainly unique for having such thoughts, she isnâ€™t crazy or abnormal.
Tell her it makes her all the more beautiful.

And then, give it right back to her. Be sure to engage in her contemplations just as much as you listen; she wants to hear your thoughts more than you realize.
3. Support her.

Part of this girlâ€™s struggle with letting herself be loved could be that she is relentlessly focused on her dreams and goals, so much so that she forgets to make room in her life for other thingsâ€”like relationships. Itâ€™s not something she does intentionally, sheâ€™s just extremely determined to achieve whatever she has set out to do.
If she is forced to make a choice between a love life and her goals, sheâ€™s already chosen the latter. So donâ€™t make her choose.

And certainly donâ€™t make her feel guilty for not spending more of her time with you as a resultâ€”sheâ€™ll take that as another sign that she needs to sever the ties, even if theyâ€™re stronger at this point.

Instead, support her. If you really love this girl and she really loves you, then sheâ€™ll welcome the encouragement. Sheâ€™ll want to support you, too. Let her; with a heart as passionate as hers, youâ€™ll want her on your team.
4. Donâ€™t be two halves of a whole, be two wholes that make an even greater whole.

Remember that this â€œMiss Independentâ€ is just thatâ€”an independent chick with an ability to fend for herself. She might even be afraid of relying on others, no matter how much she trusts them.

Therefore, donâ€™t think of a relationship with her as one that joins two halves together to make a whole; she wonâ€™t treat it as such, and she definitely wonâ€™t feel comfortable if you do. Rather, see it as two wholes becoming an even greater wholeâ€”two individuals who love each other enough to respect the otherâ€™s independence and uniqueness.

This includes honoring her need for alone time. She realizes that you are a person with or without her and asks that you see her in the same way. Being able to spend time apart is important to her; she doesnâ€™t want to rely on your presence, nor does she want you to rely on hers.

Donâ€™t try to spend every hour of every day with her unless you want her to feel so bombarded that she tailspins into a mess of tears, word vomit and utter confusion, ending with her breaking it off and swearing to never interact with another human ever again.

But when you are together, be together. Completely. Let her know she is loved until she begins to understand what that feels like, and then keep doing it. If itâ€™s right, sheâ€™ll come around. And because sheâ€™s loyal by nature, sheâ€™ll stick around, too (so donâ€™t give her any reason to think that you wonâ€™t).

Truly, this girl has a lot of love to give, even if sheâ€™s a bit awkward in showing it at first. She just needs timeâ€”time to figure things out for herself, to better understand how this works.
Let her figure out that deep down, she just wants to love and be lovedâ€”just like everyone else.

If she happens to let you close enough to love her, take it seriously. It means sheâ€™s trying. It means she wants to love you. And remember that helping her learn how to be loved in return is the surest way to win her heart.