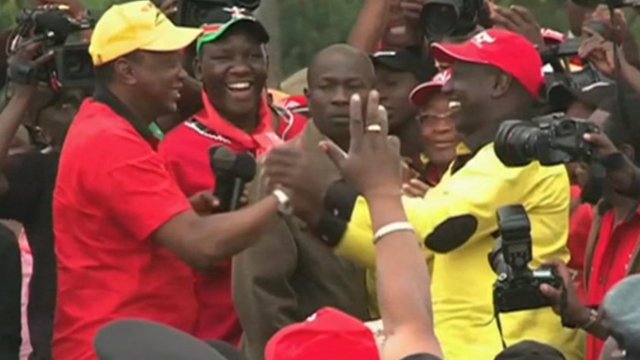 President Uhuru Kenyatta and his deputy William Ruto are also friends, the two seem to have great chemistry, they understand each other and from the campaign trail many can agree that they compliment each other well.The two may be from different backgrounds but they seem to get a long well, in an exclusive video released, the two seem to have great time while shooting campaign adverts. Here is the video depicting the behind the scenes.