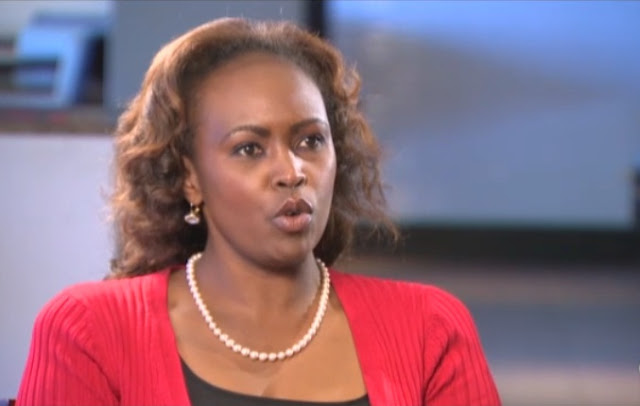 What is the plan ya kesho, kesho- kutwa ya hawa watu?

Mutoko whose line of questioning seemed to have annoyed the Senator found herself at the receiving end when the Sonko turned exploded like a volcano, splashing all manner of juicy expletives, some very closer to Mutoko’s bearded meat!

“You! How many peopleÂ f^ck Â you,” shouted Sonko to the shocked presenter who attempted in vain to keep the questioning within the confines of journalistic decency, remaining adamant on wanting to get from the Senator his future plans.

Mutoko who attempted to explain to the Senator that what he was doing (giving out cash freebies to those in need) could be done by anyone, including her, and that Sonko’s position, being a Senator in government, could be used to shape policy decisions for the future, met the ire of the flashy senator, often accused by colleagues in Senate, as an “outsider”, because his personal conduct befits brothel attendants while his ‘official attire’, complete with bling bling, often resembles those of low self-esteemed musicians with a lot of money but empty brains!

Having recovered from the initial shock after Sonko went gaga, Mutoko, the iron lady of radio journalism then took on Sonko on twitter.

Caroline Mutoko @Caroline_Mutoko
I don’t argue with idiots like Sonko, they will just lower me to their level then beat me with experience.

Caroline Mutoko @Caroline_Mutoko
#SonkoMeltDownÂ Choices has (sic) consequences live with It .. Nairobi we chose a useless street kid for a senator..